Yet Again, A24 Delivers With Saint Maud 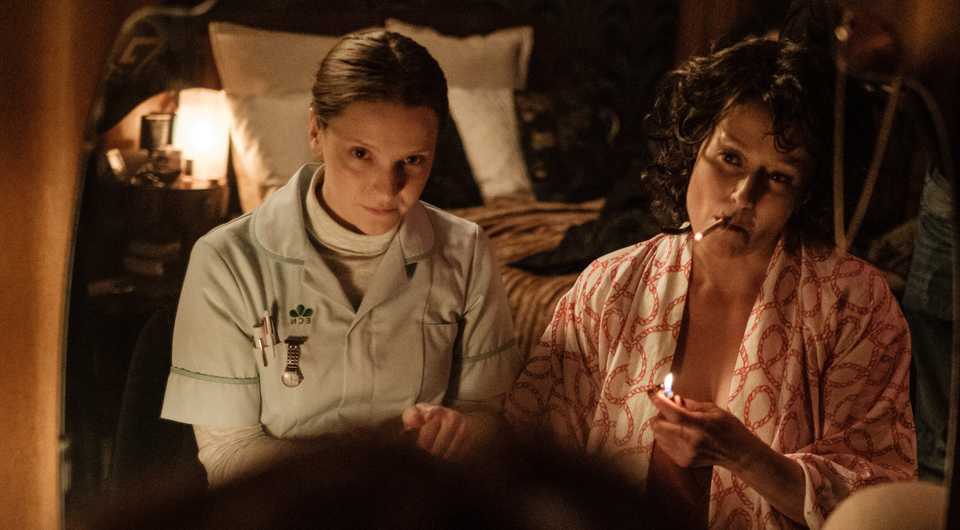 While I will focus on Saint Maud here, I'll also touch on the pristine record of A24's horror movie production over the past few years. And when I say pristine, I mean perfect.

Psychological horrors soar when elements of confusion are prevalent throughout events within the film. A fog over the past, present, and future is what drives speculation, or creates a relative feeling of impending cataclysmic events. You know there are at least 2 objects on a collision course of sorts but you have no idea when, how, what, and why. Saint Maud employs this tactic as well as any film I've seen, and its of course accompanied by a knockout performance and an instantly classic, eerie score.

The confusion that permeates throughout the film is a twofold experience, stemming from Maud's (Morphydd Clark) cryptic past "incident", and the blurred line between what is real and what is fake.

Jumping into the former, our religious experience with Maud begins in a rather unsettling way. In the aftermath of a disaster/accident at a hospital, we meet our good friend, the god cockroach. Well, the cockroach is merely a manifestation of God to Maud, so I suppose its a normal cockroach...or maybe not? Side note, the cockroach is actually credited in this film as Nancy, so good work Nancy thank you for pursuing your dream of being in a film. Anyways, the "accident" is never really explained (it's referenced a few times but never expounded upon), which leads the viewing to be rather edgy. What could have possibly happened? How does that lead to Maud becoming a private care nurse?

Most importantly, when Maud comes into contact with an old colleague, Joy (Lily Knight), she calls her "Katie" and is surprised Maud is still in nursing. Especially after the accident which Joy then adds on is not her (Maud's) fault.

This ambiguity of disaster and fault is a perfect example of how the movie compliments its own direct story with some smoke and mirrors. Watching this film, I couldn't help but wonder what happened in the beginning?? We see a brief flashback at one point during Maud's brief night out, but it still doesn't necessarily explain the gruesomeness of the first scene. Also how did this event push Maud into such devout faith??

Maud's blurry past juxtaposed with the blurred line of reality and illusion is what propels this psychological horror into the stratosphere of queasy viewing. Almost everything Maud does makes my skin crawl, like her sudden orgasmic episodes where she believes it is God showing his appreciation for her actions. Or even her meticulous and calculated prayer routine, at one point she kneels on popcorn kernels as a means of penance while praying-- which was especially disturbing as I shoveled another handful of popped popcorn into my face. That along with her conversation with assumedly God, her seeing the funnels in the drinks at the bar (representing some sort of descent into Hell or madness), and of course the epic finale, all push the idea of us having to think what is actually real.

Rose Glass does a great job of not giving away any secrets and having the film move in a succinct direction, allowing the story to wrap up neatly, while also driving my mind insane, over a brief 82 minute runtime. I am very excited to see where her career takes her and what else she puts out, because I loved every bit of this movie!

Overall this was an excellent film, and Morphydd Clark, oh my word, what a performance. It was a slow burn, slow build-up leading to a chilling ending that will honestly leave you thinking about it for a while. The final scene is still burned into my mind and will probably sit there forever. But this is just another prime example of an A24 produced horror movie leaving me with a lasting impression. To which I will say, is that not the mark of a great movie????

Not only has A24 done it multiple times, but they do it with every horror movie they put out. I can't think of a single miss they have? They are simply, on fire.

Let's look at all of the gold A24 has churned out in the horror department: 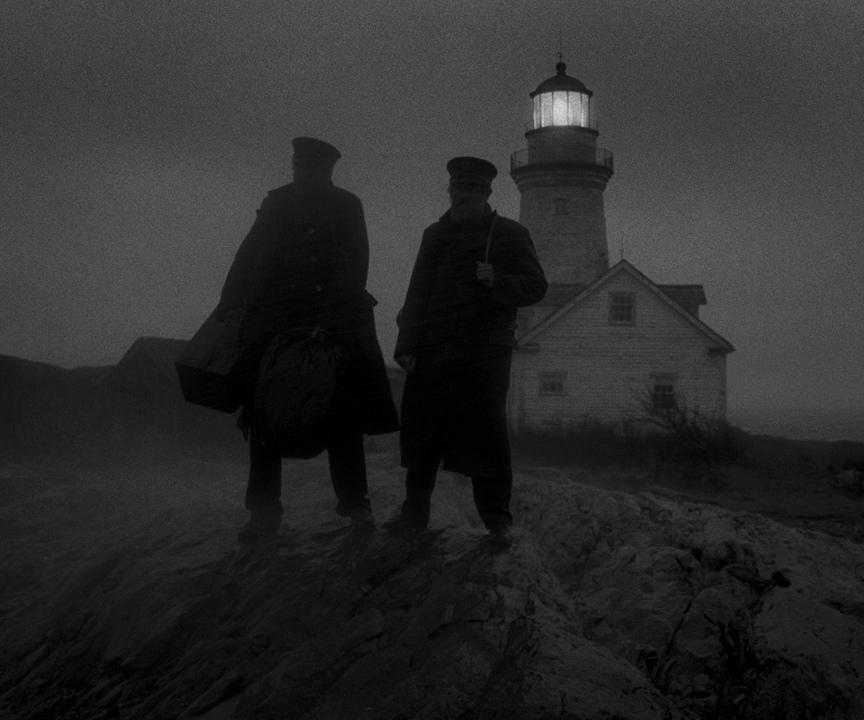 Robert Eggers ONCE AGAIN from the top rope delivers a ridiculously wild ride into madness. This was an absolutely ridiculous film, I mean I loved it. Robert Pattinson and Willem Dafoe are a great combo and the story, setting, confusion in identity and time are all just perfect. I had no clue what was going on, and yet again another unsettling ending that will live with me forever. Robert Pattinson staring into a Lighthouse light screaming while the music is just a blaring distorted bass still makes my skin crawl.

Again, shouts out to our dearly beloved Robby P. 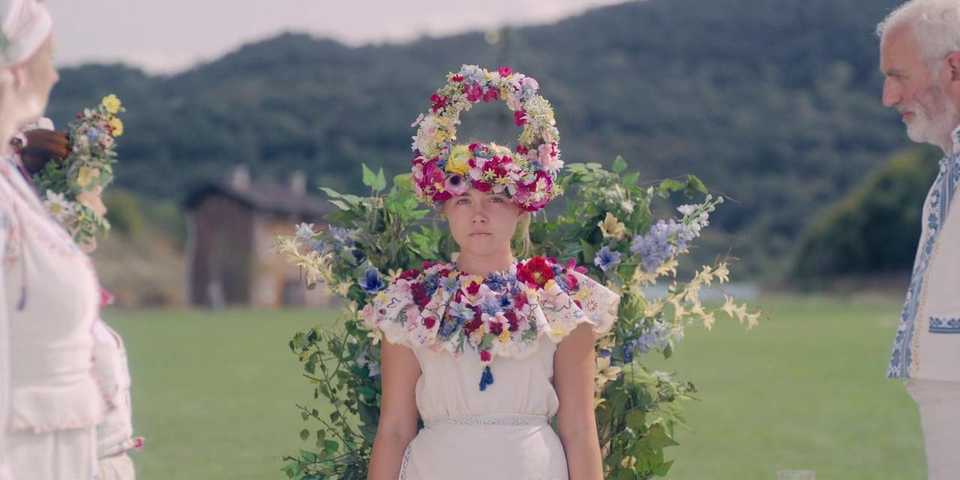 I will watch anything Ari Aster puts out. Anything.

Florence Pugh deservedly received an Oscar nod for her work in Little Women but she should've gotten the leading actress nomination for this film. What a TRIP. 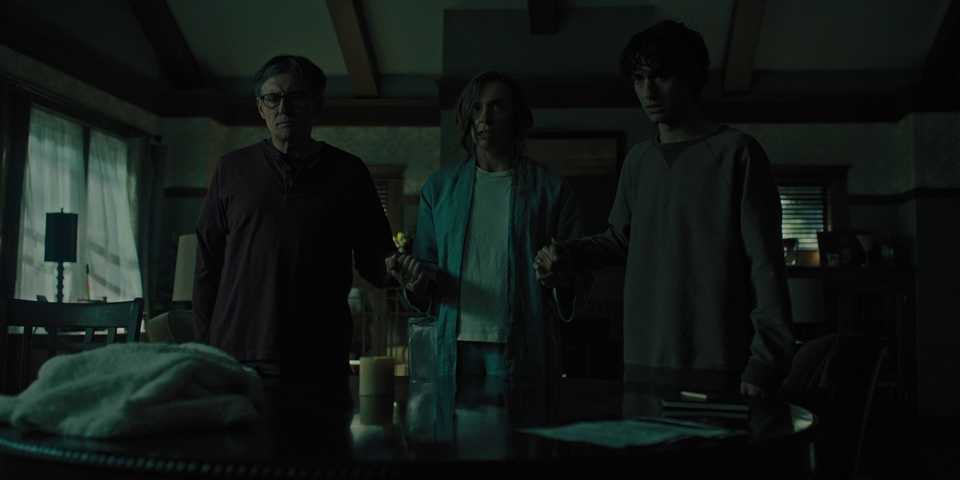 I may sound like a broken record but, I will watch A N Y T H I N G Ari Aster puts out there.

Hereditary was his circus entrance into the world and it was as if he was shot out of a cannon while Fourth of July fireworks were going off. THIS is the zenith of horror and camera work, an epic grotesque journey through so many different facets of real life.

Can you ever really escape your family??? 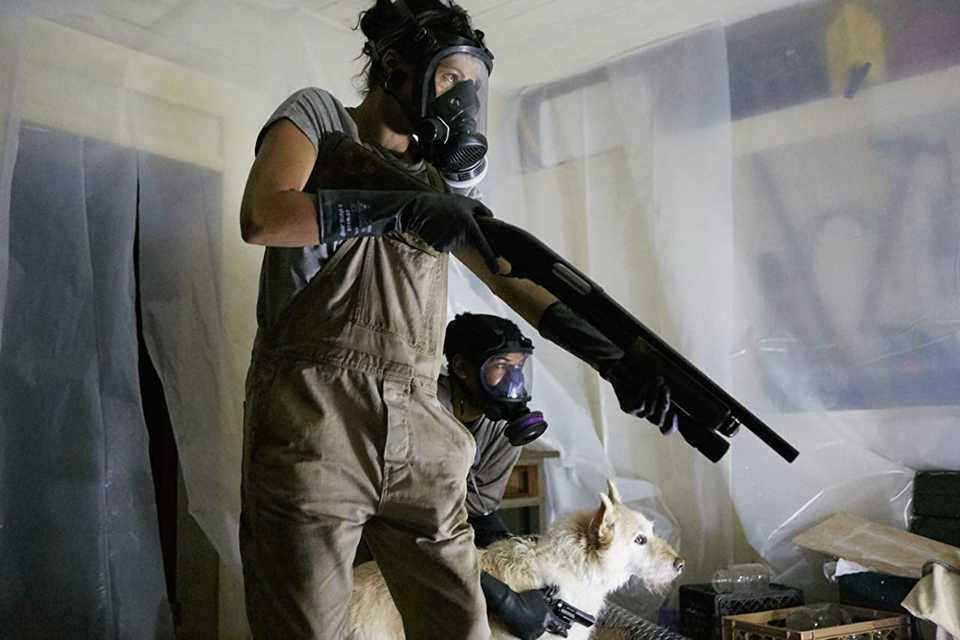 It Comes At Night

Very similar to Saint Maud in the psychological thriller department. Joel Edgerton blends reality with nightmarish scenarios all while some sort of disease is ravaging the world? But how can you tell who is infected???

An amazing adventure of paranoia and looming despair. 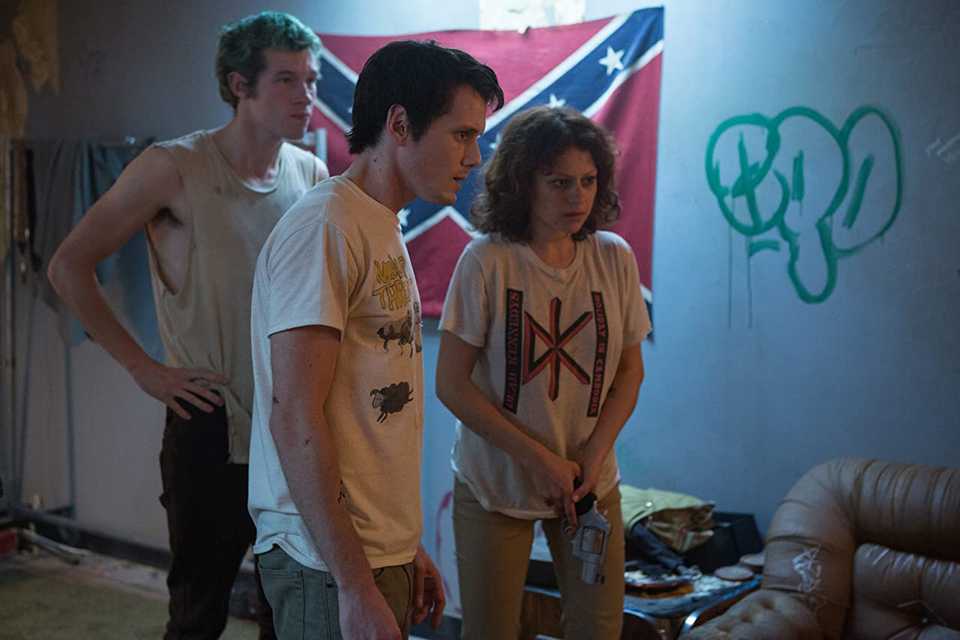 Probably my favorite one of the bunch.

Patrick Stewart is outstanding in this movie, and this might be the most traditional horror film of the bunch, with some jump scares, eery location and very defined line of good vs. evil. Not to mention accidentally ending up in a bar full of Neo-Nazis is a very real fear for a lot of people these days. Actually it should be a fear for everyone, if you aren't afraid of being in a room full of Neo-Nazis, well then you just might be a Neo-Nazi.

Not to mention Anton Yelchin is great in his starring role, and it is an absolute tragedy that he passed at such a young age. 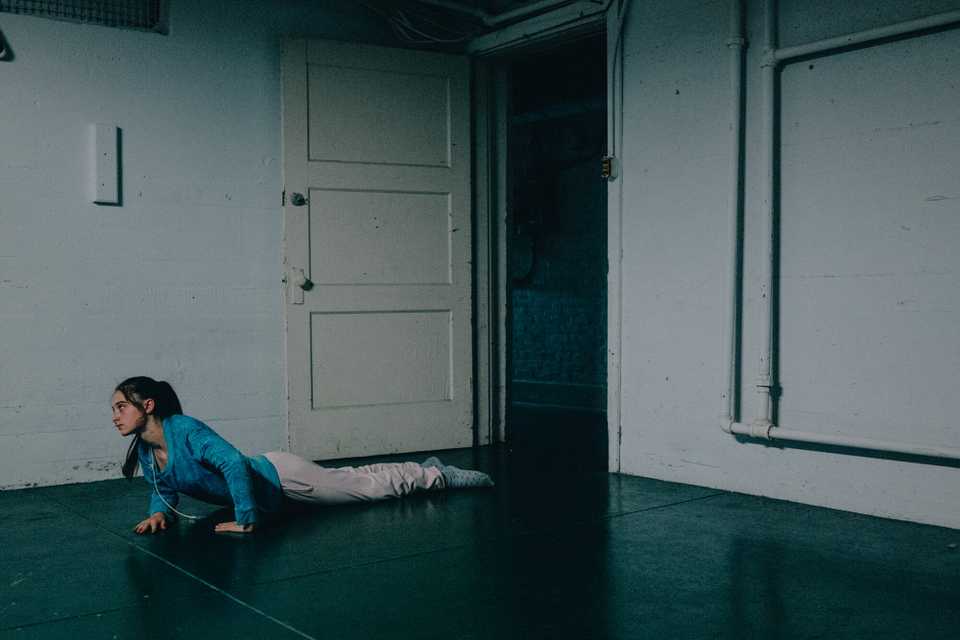 The Killing of A Sacred Deer

Yorgos Lanthimos loves making you question everything. He just does, I've never met him nor have I ever heard him admit that but it is definitely factual. Just watch this movie and you'll understand.

The deadpan delivery of every character is wildly uncomfortable. Colin Farrell and Barry Keoghan creep me out more than anything has prior. 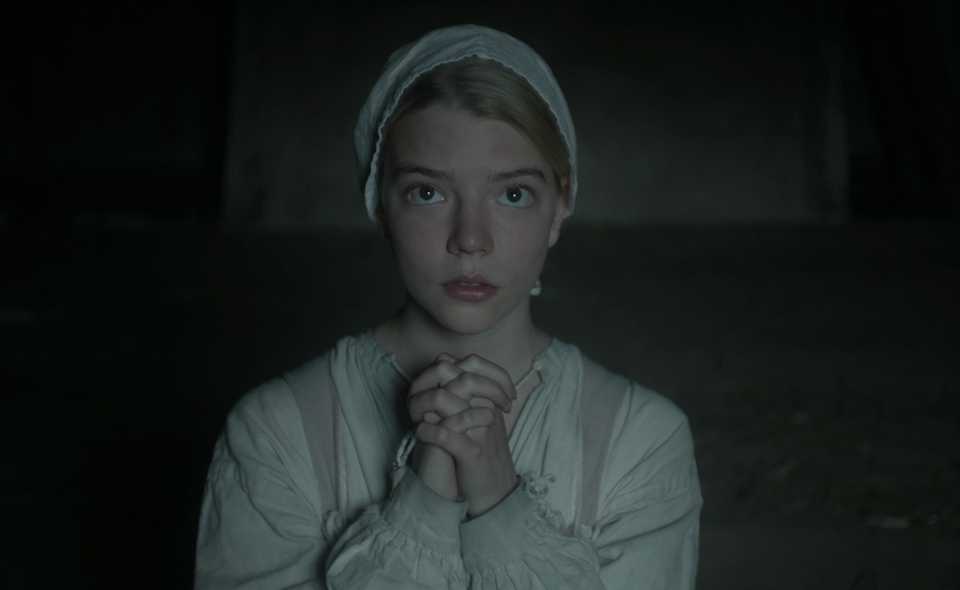 Black Philip deserved more credit for his role, he's a menace! The G.O.A.T. goat for acting.

But in all seriousness, Robert Eggers' ability to transform a movie into this hybrid period piece, horror, psychological thriller is astounding. He wanted the characters to speak in the old Quaker English of the times and it really pulls you into the time, the lack of anything around you other than those woods. Anya Taylor-Joy comes bursting onto the scene with her performance here which is perfect.

I think my favorite line ever in a horror movie came from this film: "Wouldst thou like to live deliciously?"

A24 horror movies are like the 90's Chicago Bulls team with Michael Jordan, a Scorsese and Dicaprio pairing, chocoloate and peanut butter; it can't and won't be bad.

Even if you don't enjoy horror movies I encourage you to try one of these. They are not your traditional horror movies and succeed more on the feelings of existential dread and anxious agony, as opposed to playing a loud noise accompanied by a jump scare.

Needless to say, I am unbelievably excited for the release of The Green Knight, based on the old story of Sir Gawain and the Green Knight. And with Dev Patel?????

Looking forward to the religious horror I wanted to be prepared with the perfect beer. Alas I didn’t go out to get the necessary rations. Luckily I had something stashed away for a moment like this, and it was perfect. Because it was the Helles Lager, from Lucky Envelope, which has the word Hell in it, so, apropos. The color of the beer itself was actually darker and more full than I anticipated, kind of close to amberish color. However, it was nothing but wonderful lager flavor, a full bodied and light experience that was quite enjoyable.