Bad Trip is Anything Other Than a Bad Time 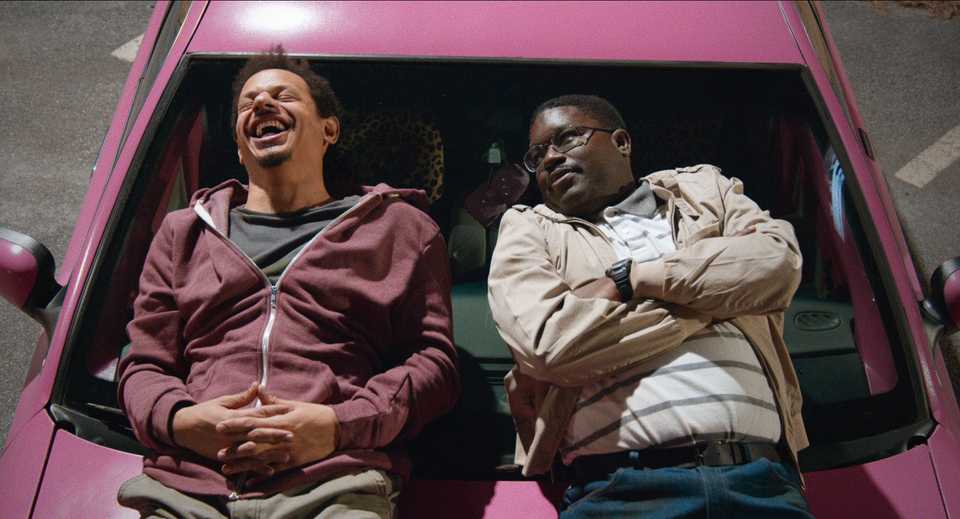 I'd like to consider myself an Eric Andre fan. I always find whatever he does hilarious, yet it always contains some element of humanity to spice it up. The Eric Andre Show on Adult Swim might be an outlier due to its 100% hijinks and shenanigans, but wow is it fun to watch. His character in Man Seeking Woman is also great but the show operates at a deeper level of satire and hyperrealism where it forces you to be a little more introspective.

And how could I forget his YouTube videos of him visiting Trump rallies, the DNC, RNC, and other various political events; just first class fun.

Andre has a keen ability to maintain composure in some of the strangest situations that involve real people, so when Bad Trip started circling the upcoming releases of Netlix, well you could color me interested. Borat and Borat: Subsequent Moviefilm were incredible ways to put people on the spot and elicit some funny and horrible reactions. So an extra element of Eric Andre infused in a film with a similar premise (and some Jackass level antics) was set to be a sure fire smash. Well for me anyways.

Sprinkling in some Lil Rel Howery and Tiffany Haddish and a glowing recommendation from Seth Rogen are just icing on the cake.

Holy shit Bad Trip is truly a fucking marvel. It’s as funny and wild and innovative as anything I’d expect from @ericandre as a performer, but he somehow manages to infuse the sweetness that he has a person, and the result is truly a reflection of what makes Eric so amazing.

It was heartwarming, hilarious, uncomfortable, and cringey all at the same time. Or in other words, I loved it. The chemistry between Chris (Eric Andre) and Bud (Lil Rel Howery) is excellent and over the top "buddy buddy," which fits the aesthetic of the whole plot so I wasn't upset about it. Not to mention Trina (Tiffany Haddish) is probably the best character and has some of the best moments.

Moreover, the element of a blurred line between paid actor and prank victim provokes a lot of the laughs in the film. There are some obvious ones, like the cop with the car that gets stolen (of course) but there are many others that you’re unsure of. And that’s a testament to people’s natural reactions and also the nature of the jokes. While they can be vulgar and extremely unexpected, there is nothing in bad taste. These are pranks based on humanity (to a degree) and elicit such responses, trying to find love and restore friendship. Then some shenanigan ensues and the subject that just had their heart poured out to by Eric Andre has some pure reaction which is incredible.

I'm sure if you've seen the movie, you're thinking I'm just talking out of my ass after you witnessed that gorilla scene. And that's fair, I totally could be, but think about the reactions of some of these jokes, Trina holding Chris off the building and the people attempting one of the worst rescues I've ever seen, the man scrubbing graffiti, and the lovely diner waittress (the highlight of the romance plot).

Oh and the art gallery cleaners, see there's so many wonderful people and wonderful reactions that I can't keep track of them!

Lastly, the ending was chef's kiss. To see White Chicks play out in real life as a prank ending a prank movie was side splitting. The genuine reactions from people in the crowd to Tiffany Haddish pulling a White Dudes, or would it be White Guys... White Bros? Just imagine the male equivalent of White Chicks, that's what Haddish pulls in the end and its the unexpected finale to an wonderfully fun film.

A movie based on a road trip with your best friend made me more couch sick than anything. Of course with the pandemic still going on I'm relegated to my apartment for the time being and will wait to travel until everything is 100%. But I can still pretend! So I traveled about 15 feet to my fridge and grabbed a nice treat from a future destination for my passport, a St. Bernardus Wit. This Belgian white beer, also known as you guessed it, a wit, was a delightful treat. Combining a radiant color and a light fruity taste with a slightly cloudy appearance was everything I could've asked for. For pretending to travel to Belgium on my couch while watching a movie where 2 guys get their dicks caught in a chinese finger trap I'd say I had a great trip, certainly not a bad trip (see what I did there).