The Vast of Night Delivers Grandeur Modestly and Efficiently

Imagine "Close Encounters of the Third Kind mixed with American Graffiti," but then think of a "hybrid version of Stranger Things crossed with Arrival." Now send it through a Twilight Zone filter and sprinkle in some mild Carpenter-esque tension along with a dash of Lynchian atmosphere. Sounds pretty wild, right? But wait, there are a few caveats I should mention: the runtime is a methodical 89 minutes that plays out in real time; the movie stars two unfamiliar faces and is helmed by a first-time director; and it was completed on a shoestring budget, a mere $700,000.

Despite the comparisons and limitations, The Vast of Night boasts one of the most enjoyable viewing experiences I've had in recent memory. Andrew Patterson's debut is a love letter to classic science fiction mystery, while also serving as a crash course for modern micro-budget filmmaking. I don't want to spoil anything, but from just the oversimplified Google summary alone1, there isn't much to know going in: "In the 1950's two children search for the source of a mysterious frequency that has desceneded on their town." That's all you really need to get started- the rest is left up to you. From the very beginning, Patterson trusts the audience to do the work and put in the time. And the reward for such patience is genuine satisfaction.

What Patterson put together with $700,000 should be recognized and appreciated as a staggering accomplishment. Here are twelve alien-adjacent science fiction movies + budgets dating back to the late 60's:

The purpose of this juxtaposition is simply to provide a basis of scale for understanding how improbably difficult it is to make a movie with such little funding. The Vast of Night intentionally looks and feels like a throwback, as it owes its aesthetic and pacing to products of the past. But Patterson uses the audience's pre-conceived notions as a launchpad and crafts together something new, fresh, and all his own. His technical control over the movie's tone, pacing, and style showcases the work of a far more experienced filmmaker than his resumé shows (as of now). Just imagine what he could do with a real budget.

I'll mention a few other non-spoiler takeaways. The two leads, sublimely played by Sierra McCormick and Jake Horowitz, do a lot of heavy lifting to keep things moving. Their performances are captivating, despite being asked to hold the screen unflinchingly for long stretches on end. The preservation and enhancement of their humanity and individualism from start to finish is one of the savviest choices at work here; it's first-class storytelling and characterization. I'd be remiss if I didn't shout-out M. I. Littin-Menz's exceptional cinematography, as well as the eery and mesmerizing music from Erick Alexander and Jared Bulmer. Their flourishes know exactly when to flex and when to get out of the way... and it's all astutely executed.

Like the lead characters Fay and Everrett, Andrew Patterson's chase in discovering something new proved to a be transformative experience. I for one hope he gets the chance to continue exploring, beyond anything that we've seen before. But maybe even more importantly, this film should serve as a reminder that good storytelling isn't dependent on having a big budget. In fact, it's quite the contrary.

After almost three months of writing for F&F, I'm left contemplating my life's choices. And by that I mean, "Since when did I start only drinking IPAs?" I'm not sure when this tectonic shift started, but I'm embracing it. Church Street's Brimstone continues this hops-focused expedition I find myself on. It's a well-rounded, "fruit-forward" IPA that doesn't sacrifice flavor for ABV. It made for a serendipitous pairing with The Vast of Night -- both modest but deliver the goods. 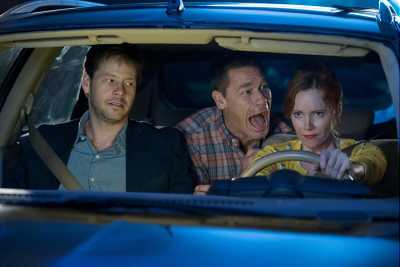 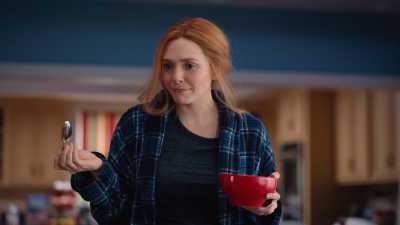 Why Did I Never See There Will Be Blood Until Now?