WW84 and The Consistent Disappointment of DC - A Study 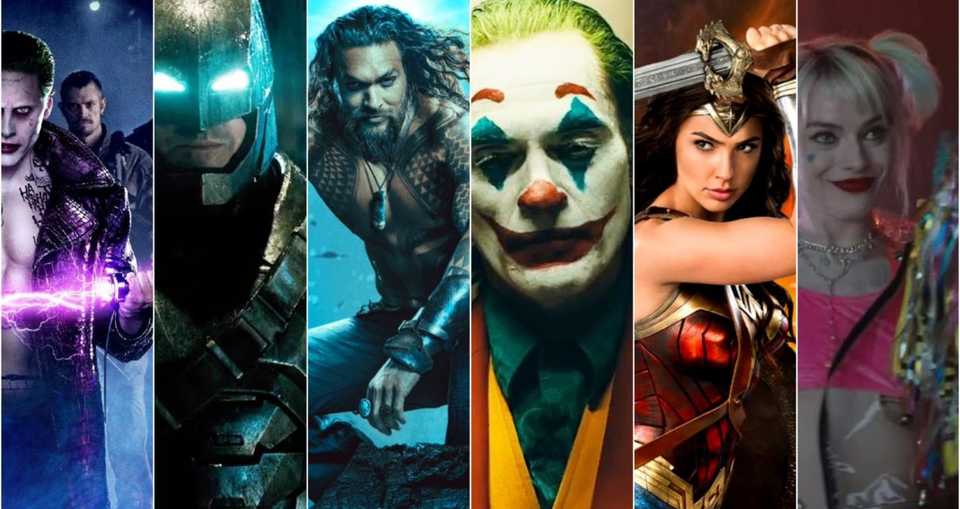 TL;DR Marvel puts out so many movies over a span of time you only remember the good ones. DC does the exact opposite so you sit with a sour taste in your mouth for longer. In this fable, the turtle loses horribly and the rabbit is possibly on steroids.

This write-up doesn't constitute a ranking, but it will cover multiple films (as well as my disappointment) across time. After watching Wonder Woman 1984, I initially wrestled with the following question(s): Why do most DC movies have terrible sequels, and/or why are most DC movies so bad right out of the gate that Warner Bros. won't make another?

As a brief aside- let the record reflect that I loved Wonder Woman! Minus the weird third act that everyone dislikes, 2/3 of it is still amazing. So you can only imagine my disappointment when 3/3 of WW84 was hot garbage. The letdown between the original and the sequel is not all that unexpected, I suppose. To start, did WW84 really have anything to do with being set in the 1980's? Aside from Chris Pine being lost in a labyrinth of gaudy fashion choices and some dated technology, the setting plays little part in the plot and overall themes of the movie. While Wonder Woman sensibly focused on the evils and atrocities of mankind amidst WWI, the place and setting of WW84 (and the depictions of greed and "taking the path of least resistance") seem out of place- or maybe just copy and pasted. Monkey paw objects, flimsy character arcs, and confusing action set pieces are just some of other drawbacks to mention. WW84, like most other DC movies to date, are riddled with such problems.

Meanwhile, Marvel has been out here with the exact opposite approach to great success. In fact, Marvel has been so consistent, Disney just hired the brain behind it all (Jon Favreau) to get people to love Star Wars again. Favreau jumpstarted this whole empire back in 2008 with Iron Man (and yes, I know X-Men is Marvel and existed pre-2008 but keep in mind the enormous success of Marvel and the Marvel Cinematic Universe (MCU) is due to Iron Man).

So why is it that we can't trace the beginning of an equivalent boom of success to DC over the past 10-20 years? We all know DC has been churning out movies as well, maybe moreso in recent years than back in the early 2010's. But why is it that DC movies are typically awful when compared to Marvel movies? Are these movies actually bad or are we all just riding on too high of expectations? Also are these comparisons to Marvel what's driving the disappointment?

Now of course I am in no position to answer all of these questions, but what I can do is just give a glimpse of DC vs. Marvel movies over time and see where the favor lies. For the sake of this study, we'll look at the "beginning" of Marvel/MCU and DC movies as the 2008 smash hit Iron Man and Batman Begins in 2005. The only reason I chose Batman Begins is to exclude the absolute travesty that was Catwoman, which honestly should just be forgotten as a whole. For the sake of this exercise, I'm lumping all of these movies into 2 very broad groups of DC and Marvel. I am well aware that this whole article hinges on the vast difference in quality between MCU and Non-MCU movies, and also between Nolan's Batman trilogy, the DCEU and random DC projects. Point being: I'm merely presenting some trends that I've seen and talking about them because I can and there's a reason I'm not an actual film critic.

Which leaves us with these films to examine:

Clearly we can see the difference in sheer throughput from the two camps. Where DC over the past 15 years has put out 16 films, Marvel has put out 37. I repeat, 37.

It's rather shocking that I can remember most of the 37 Marvel movies as at least decent, whereas I just always have a sour taste in my mouth (and my eyes burn) when I think of DC. But how can a studio that puts out 16 movies in 15 years have all of them be bad? Let's look at average Rotten Tomato review scores over the years to see what the general trend shows (I'm also ignoring the Audience Score on Rotten Tomatoes as that is just a vehicle for production companies to spam reviews and have passionate fans hammer 100%). The Tomato score is at least somewhat standardized and level.

Empirically, we can see that both franchises have survived some highs and lows throughout the years. However, it is exceedingly clear that DC is all over the map, with the highest drop in average scores being from 2009 to 2010, a drop of 53. Meanwhile, Marvel sustains a rather steady timeline with its greatest drop being no greater than 43.5, occuring between 2008 and 2009, thanks to the timeless failure of X-Men Origins: Wolverine.

Why is DC so inconsistent? Lazy writing and storyboards? Bad acting? Horrible production? All we can really observe is the simple fact that DC is inconsistent, and on the contrary, Marvel has continually released a tirade of movies each year wherein the good simply outweighs the bad. Audiences can't possibly remember many of the misses Marvel has had when they're cranking out more movies at such an accelerated rate.

You can hate on Marvel's shotgun approach as much as you want, but audiences have little time to really digest how bad a Marvel movie is when they say "oh sorry here's 10 more movies". Because they know 8/10 of those movies are good and will make you forget about that 1 misfire. DC on the other hand might have strike gold with a single movie, but then after a two-year wait for the next release, they deliver a flop. It's a waste of time and attention- and how could you possibly forget about it?

Essentially, it feels like I'm at a buffet and Marvel has a massive spread and knows I'm going to like 80% of it. On the flip side, DC has a strict five-course meal plan, but you have to wait 3 hours to get to the molten chocolate cake after a solid entrée of mouthwatering filet mignon. Except here, the chocolate isn't molten... it's just room temperature shit. And if you're gonna feed me shit, at least make sure it's hot.

In case you forgot (I sure haven't) this whole tirade was due to me watching Wonder Woman 84 or as the cinephiles call it, WW84. I was aware of the ratings prior to this viewing so I kind of had an idea as to what I wanted to drink. Something that was tasty, high alcohol content to make the movie better, but I also needed a great after taste to linger on my taste buds (something DC wouldn't understand). The Contact Haze hazy IPA from Elysian Brewing Company was the solution I sought, and it was a solid choice. If you enjoy a good hazy then I would definitely recommend introducing your taste buds to this one. Elysian always seems to have a solid lineup of beers and I was not disappointed with the Contact Haze's balance of hoppiness and citrus taste. I bet you all think I have a beard, wear flannels all day and frequent gastropubs to get $20 burgers. Spoiler: I might.