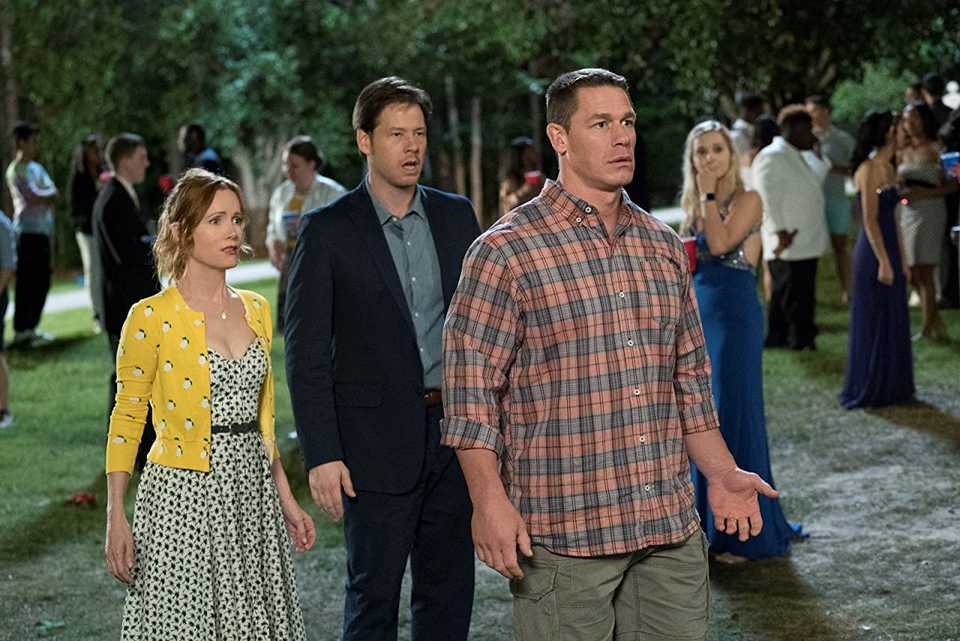 FINALLY we have the Leslie Mann-led comedy we DESERVE. This Is 40 was not good, but she has amazing comedy chops, AMAZING.

Sure, she's been at center stage of plenty of comedies but this is one where its actually a good movie!! A rare find indeed! Her delivery of lines, facial expressions, and overall charisma is all just so on point that you're sitting on the edge of your seat waiting for her next line.

One of the best parts of the film, and the greatest joke of all time, is when Lisa (Leslie Mann) and Hunter (Ike Barinholtz) bond over how much they love the Fast and Furious franchise. This joke here works on multiple levels. 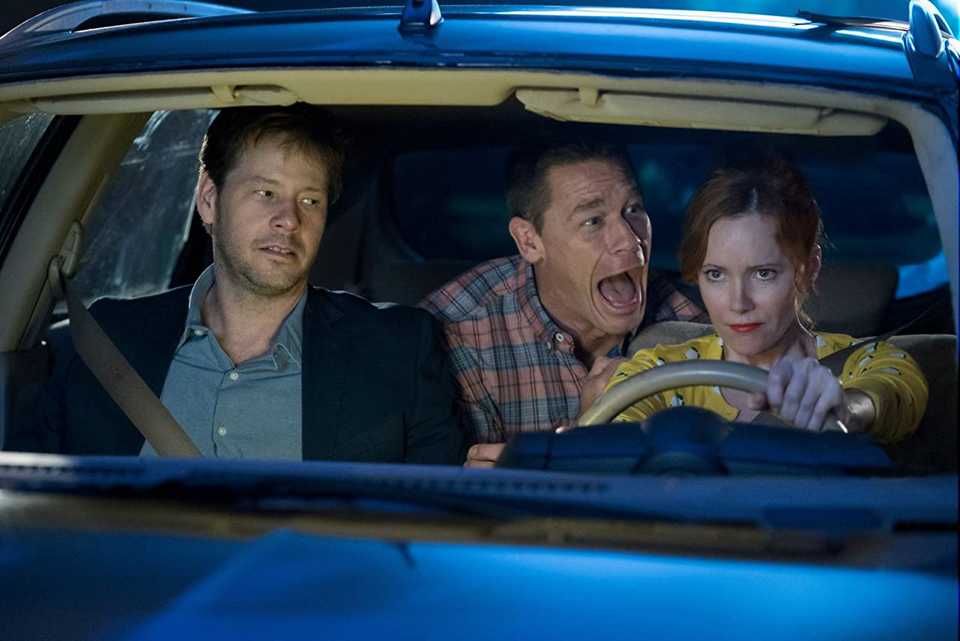 Ok I'm done with the whole multi-level joke thing but now I'm heated that people can get paid millions of dollars to make Fast and Furious "moving pictures". Not only did they kill of Gal Gadot's character (blasphemy), they made a spinoff movie so bad it took them around 6 movies to reconcile with how bad it was and bring back the pivotal character they killed off in it.

So obviously when Lisa and Hunter talked about how much they loved the aforementioned smut I choked on my beverage. Choking on my beverage is also one of the things I would rather do than watch Vin Diesel take up my TV screen in a white tank top and whisper under his breath "we're family". You're not, stop. Please, stop, PLEASE.

I have really gone off the rails here, and Blockers deserves better. It really is a great example of the new age comedy that is heartwarming, irreverent, representative, and yet, hilarious. Which isn't something I should use the word "yet" for, because if you're good at writing jokes, you can write jokes that aren't cruel and dividing.

At the surface level, Blockers honestly doesn't look like much. A comedy about parents trying to not let their high school age kids lose their virginity at prom night because, well parents gonna parent. But under the outer layer of the plot, there's multiple family dynamics that are great plot points that drive the humor and the overall goal of our characters. Lisa's daughter has been dating her boyfriend for some time and wants him to be the one, but Lisa has to overcome her own loneliness as a single mother and shortcomings in her relationships to allow her daughter to become her own woman. Mitchell's (John Cena) daughter is trying to have some fun as a young woman, but Mitchell is having a hard time coming to terms with his own parental abilities. Lastly, Hunter's daughter has yet to come out to her father and friends and is still confused about her sexuality, but Hunter has a "paternal instinct" which allows them to come together more than ever.

It's these different dynamics that allow the film to blossom within its own deviations and become the actual hilarious movie that it is. If you're at all dubious about this movie, which I surely1 was, I implore you to give it a try. Sure- John Cena is not a great actor by any means, and you're gonna hate that Connor (Miles Robbins) kid who just sounds like a snob (and low-key drug kingpin?), but overall it is a fun and heartwarming movie.

And John Cena butt chugs a 40.

That is how I'd describe my viewing of the film, dubious. I had no clue if I would like it, if it would be good, or if it was like a Fast and Furious "thing" and not even a movie. But what would life be if not boring if I were to never watch a movie I was so...dubious about? I certainly wouldn't have as many posts on this site, nor would I find as many hidden gems as I have (casual shoutout to Taika Waititi for What We Do In the Shadows).

Exploration is the spice of life. Adventure and memories are all outcomes of such explorations and if I am to explore for film I must also explore in the name of froth. As a person that has a certain disdain for sours I was compelled to put aside my, dubiousness and try yet again to sample one of the popular styles of beer in the world- the almighty sour. A great undertaking.

I picked out a Tropical Hazy Sour Ale by Anderson Valley Brewing Company mostly due to its colorful display and I love the bear with antlers logo. The mythical "beer". I did a little research and saw it was filled with guava and passion fruit flavors, which sounded delightful.

Eh, I can't drone on about it anymore, I didn't like it. Sometimes you strike gold when you try something new, and sometimes you remember why you don't like it. It's the latter for this one.