Get Smart by Having an Amazing Supporting Cast 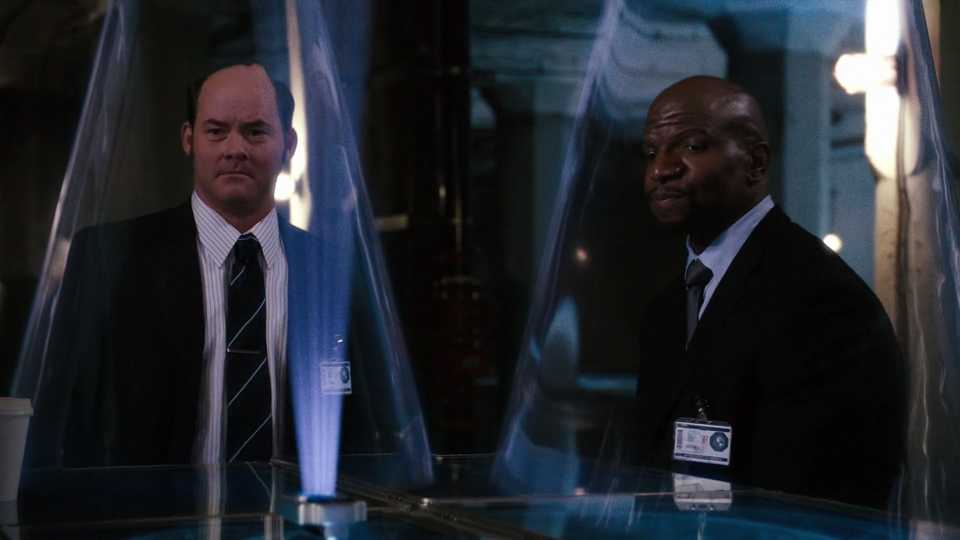 First off we need to acknowledge the entire intro sequence for this movie. It is, dare I say, perfect. It’s almost as good as the Austin Powers in Goldmember intro. I say "almost" because I mean, how can you possibly top the Austin Powers Steven Spielberg movie cut (AustinPussy), musical numbers with exquisite choreography, AND a Britney Spears dance off?? Answer: you cannot. However, Get Smart plays to its strengths, which is its dry tongue in cheek humor alongside some sort of dead-pan joke or innuendo. That formula is peppered throughout Max (Steve Carell) preparing for his day with some sour milk, ABBA work jams, and 5,000 sticky notes; a top notch way to introduce a clumsy yet hardworking character in the absence of dialogue. Also the really long secret tunnel with 50 giant doors to get into a telephone booth that drop down to a subterranean office is just so over the top- it makes perfect sense that CONTROL is a government agency (and that's a good, clean family fun political joke right there).

Although this is a far from perfect movie (floating somewhere around average), it really achieves the laughs and comedic heights thanks to the amazing supporting characters. Hell, even the tertiary characters and cameos are chef's kiss.

Terry Crews and David Koechner are an amazing 1-2 punch whenever they have lines. They don't have too much dialogue, but every line is either a punchline or set up for one. As slapstick of a joke as it is, stapling Koechner's head is an easy laugh, mostly because The Rock (Dwyane Johnson) is such an imposing physical presence that I'd expect a much more brutal punishment for Koechner's vile humor. Then again, he does get shot in the groin with a paintball so all our bases are covered.

Alan Arkin’s chief is a more vital supporting role and plays to his strengths of being a sarcastic and "matter of fact" boss. Honestly, this role is also similar to his in Argo- the two characters are almost one in the same. But definitely don't take that as criticism, I love Arkin's character in this film, and the B-story of his beef with the Vice President is side splitting. The casual jabs throughout the movie all culminate in the most ineffective government meeting probably ever, or probably just an ordinary Tuesday (wow on fire with the government jabs today, is this a political publication?!?!?!).

Lastly, how could I possibly talk about the supporting cast of Get Smart and not bring up Bill Murray's role of Agent 13, aka guy in tree. The sheer abruptness of his cameo, the strangeness of the setting, and the conversation between him and Max are all hilarious. I'm also hoping he has his own underground bachelor pad, but that's borderline praying that there's at least a bathroom in that tree. Although its probably just a compost bucket.

Wrapping up there are plenty of great supporting roles I definitely missed so I'll just give everyone a quick shoutout:

This is a fun movie. It is not an excellent movie by any stretch, but its incredibly fun and easy to watch. Lucky for me my drink of choice was just as fun and just as easy to consume. The Dead Guy Ale by Rogue is a delicious lager with lots of flavor. Not to mention its incredibly smooth, and has a beautiful color to it. And how could I forget this beer has one of the most fun logos I've ever seen- I bought it just because of the bottle. Am I a sucker for marketing? Very possible, but I'm ok with it because I thoroughly enjoyed this beer.