At first glance, Spiderhead looked to be like an intriguing film about some mysterious drug trial that leads to what I assumed to be a nice twist. Not to mention seeing Chris Hemsworth fresh off the success of Thor: Love and Thunder along with Miles Teller following up the smash blockbuster Top Gun: Maverick made it even more enticing to me. In particular, I was hoping for a psychological thriller that kept me on my toes, a story akin to Shutter Island or Se7en. A rather dark plot with small hints towards what was really happening along with some red herrings to keep me guessing.

While Spiderhead certainly accomplishes some of those aspirations, it really falls short from reaching the finish line of what it could've been.

Taking place primarily in a remote prison/lab our protagonist, or antihero in some regards, Jeff (Teller) is part of some sort of experimental drug trial. These drugs are administered through a tool called a MobiPak that is attached to the lower back of the prisoners, or patients if you will. The MobiPak is controlled by Steve Abnesti (Hemsworth) and his assistant Mark (Mark Paguio) through their phones, giving them the ability to administer their experimental drugs at will. However, the real kicker is the level of comfort and familiarity enjoyed by the prisoners/patients in the facility. They are able to eat what appears to be good food, meet face to face with Steve and Mark at any time and move freely throughout the facility.

A rather interesting take on using prisoners as essentially lab rats for experimental drug trials, and with some twists strewn about you'd assume this is a sound film, no? Well, the big problem with Kosinski's film is the tone shifts throughout detract from key character development pieces along with those twists that are vital to the plot. There's this back and forth between ominous robotic bass and vibrant Doobie Brothers classics that are almost always at the wrong time. In one moment, the characters are laughing hysterically due to one of the drugs, then talking about how they accidentally murdered their wife and brother-in-law, then a bombastic sex scene.

I couldn't quite tell what the end result of the film was supposed to make me feel, or the middle for that much. As compelling as a faulty protagonist as Jeff is I was rather confused about his involvement when a big twist results in Abnesti saying he was free 7 months ago. Instead of keeping you on your toes, each twist pushes you back a little more until the final reveal just leaves you... unsatisfied.

Kosinski, Teller, and an extremely charismatic Hemsworth are all great elements to a film packed with potential, but it totally went over like a beer from a bad keg, flat and a little skunky.

By the time I finish writing this I'm sure Netflix will greenlight 2 sequels and maybe a prequel because hey, don't feed the passion projects am I right or am I right?

Hoping for some real psychological thrills while watching this I chose a beer whose namesake was perfect for some deception.

No literally I had the Deception Pass Summer Ale brewed by the wonderful folks at Two Beers Brewing Company! A couple of things come to mind with this beer, first is the name of the brewing company itself telling me I can't just have one but I need two beers. It's a great bit of motivation and a nice reminder so thank you Two Beers, thank you. Second, this was a delicious summer ale! It's bright, light, crisp, and the seconds you're bringing your drink up to your mouth you feel the bubbles popping off the head, smelling all of the pineapple and citrus aroma you could possibly want.

The finish is extremely refreshing and goes down as smooth as you could hope for a summer ale. On a hot day with a disappointing film with minimal deception, I was thankful for the Deception Pass summer ale to brighten my day. Wow that's a nice little tag line I just came up with right there, Two Beers PR team hit me up in the contact us page!

(Please note this was not an IPA this time, I'm diversifying my recent string of beverages) 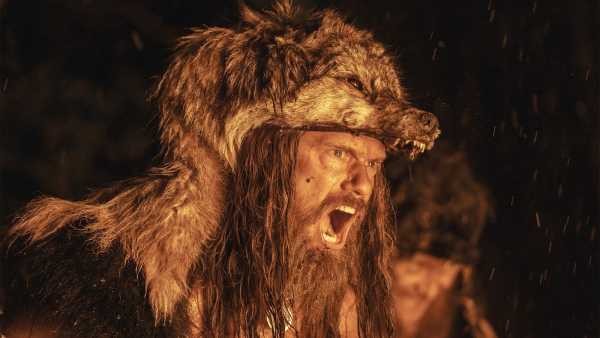