I feel obligated to mention that when Spider-Man: No Way Home was first being rolled out, I thought to myself "ugh this is gonna be bad."

So while its completely possible and plausible that I went into this viewing with a negative perception towards the film prior to even seeing it, I tried my best to keep this review level headed. Journalistic integrity am I right??

And I suppose now is the appropriate time to let you know this article contains spoilers aplenty, but as I've mentioned before the plot has been leaked for months so what's the point anymore.

First and foremost, wowzers was this Tom Holland's show. He was phenomenal, and he finally got some deeper and darker scripted pieces to really reach into what it means to be Spider-Man. He faced choices, some really stupid ones albeit but choices nonetheless, and boy oh boy did he face consequences. Holland does a great job pushing the emotions of these through the screen and onto the audience, and its a very natural look/process which is a big bonus. Huge props to Tom on this one.

I was also pleasantly surprised that they finally gave Ned (Jacob Batalan) and MJ (Zendaya) something to actually do in these movies. It took them three tries to get it right, but these two were absolutely pointless side characters in Spider-Man: Homecoming and Spider-Man: Far From Home, but now its their time to shine baby. While Parker is working to fix the variety of villains (more on that later) Ned and MJ have some fantastic lines and pieces in the story, primarily pulling in Spider Garfield (Andrew Garfield) and Spider Maguire (Tobey Maguire). They're funny, witty, affable, and overall effective in pushing the story forward while adding their own flair to the film, something both those characters haven't been provided in the previous two films.

BUT they refused to do this for the incredible Marisa Tomei and her Aunt May. Her role in the previous 2 films was relegated to this weird nebulous role of "just being the beautiful aunt". Aunt May and Uncle Ben are supposed to be Peter Parker's parental role models throughout his life, but in Spider-Man: Homecoming she's just eye candy for Tony Stark, and in Spider-Man: Far From Home her sole role is this comedy bit about her and Happy dating. AND THEN they have the AUDACITY TO FINALLY have her say the classic line "with great power comes great responsibility" in what amounts to be an extremely weird death scene? The pacing, the rollout, everything felt very off about her death and it sucked all of the emotion out of it, leaving me to really not feel invested in Parker crying in the rain.

Now that we talked about some characters, how exactly was the story they took part in? The proverbial meat of the Marvel sandwich.

I really did enjoy the idea of bringing in this concept of the Multiverse, of course a means to more Marvel movies, but more importantly tying in the previous Spider-Man movies.

My absolute favorite part of the movie was anytime all three Spider-Men were on screen. Their chemistry and pretty much everything about them was amazing, just like Tobey reminding Andrew that he's an amazing Spider-Man.

It was a great and fun piece of fan service that worked out really well, and paid out some fantastic dividends. As opposed to just pandering to the fans... like what they did with the Daredevil (Charlie Cox) cameo.

The villains on the other hand? Not so much.

I have no words for Norman Osborne (Willem Dafoe) because he is flawless and remains one of the best Marvel villains. He is outrageously sinister and plays his role to perfection! I also enjoyed the return of Doctor Octopus (Alfred Molina), reminding me of one of my favorite movies Spider-Man 2. Don't mess with Sam Raimi I tell ya.

Sandman (Thomas Haden Church) and The Lizard (Rhys Ifans), however, I have some qualms with...

Originally, it makes complete sense that Sandman wants Peter to return him to his universe so that he can see his daughter one more time. Lizard in the beginning is also just kind of kicking it or something, but he's not that salty. Then once Green Goblin throws a wrench in everything it appears as though both of their motives change but for no reason? Sandman initially is helping Holland's Spider-Man against Electro (Jamie Foxx) but then flips and wants to destroy them? Its extremely unclear as to if he's trying to fight the Spider-Men in order to press the box to go home or if he's just decided to fight Spider-Man again??

The same goes for The Lizard whose sitting in a truck during the meeting at Happy's (Jon Favreau) apartment, and then just kind of goes berserk. I mean, he is a giant reptile so who knows what giant reptiles are trying to do these days.

Lastly, Electro finally got the arc and the powers/look he deserved. Being a power hungry electric wielding supervillain finding some Tony Stark technology was a great wrinkle in the ole falling into a vat of electric eels and getting powers cliche that we all know of.

Also the whole notion of "curing" or "fixing" them as a means to avoid sending them to their death back in their universes is wild. And by wild I mean it was a piece of plot that the writers just shoehorned in there to make sure they had a 2.5 hour runtime in the first place. Peter's naivety and refusing to listen to a Doctor (Disney making a current events allegory here??????) really was just irritating.

Characters aside, the visuals of the film ranged from outstanding to almost unbearable. For the belligerent amount of money Disney puts into, and gets out of these movies its amazing that the Sandman could look so horrendous for 90% of the movie!

Hopster: So sorry to just butt in and completely interrupt this exquisitely crafted recap, but I just needed to sprinkle an extra dash of praise-sprinkles on the Spider Garfield and Spider Maguire performances. Seriously, seeing these two savants flawlessly drop back into their characters and blend right into the DNA of this story was astonishing and I just want to make sure we're deposting enough cultural currency into this cinematic safety deposit box. And even though Spider Maguire has always been my Spidey guy, it is without hyperbole to say that Spider Garfield showed up completely dialed in and absolutely nailed every micro-second of his performance. He seemed genuinely psyched to be involved and was fully committed to maximizing on every comedic and emotional beat. Seeing this Spider-trio memeing in action was a thrill; shameless fan-service has rarely felt this potent.

Isaac: All in all, this was an enjoyable film and felt like a beautiful culmination of 20 years of the friendly neighborhood Spider-Man! Furthermore, in a fairly unexpected twist, this was one of the more finite endings of a Marvel movie. They, of course, ended it in a way that could continue with another billion dollar grossing movie, or they could just move on with a Peter Parker-less world.

The latter we know of course won't happen. Why's that? Well, because Kevin Feige already talked about doing Spider-Man 4 with Tom Holland because he hates emotional endings -- and what's the point of one Marvel movie when you can have 200 of these shits.

It snowed like absolute crazy in Seattle this past week, so obviously trekking 3 miles on foot through the ice and snow to see this movie in theaters was the correct choice. What also was the correct choice was grabbing myself a nice glass of Powder Tracks, a winter ale courtesy of Stoup Brewing.

Winter ales have really been hitting the spot lately and this one was no exception! With a strong mix of malt, caramel, chocolate and a hit of fruity citrus flavors, this beverage was quite warming while also providing some great taste. Coming in with a nice amber color that's a hint on the darker side, it drank smoothly and even lighter than its color would suggest.

Coming in at a solid 8.3% it was definitely putting in some work to make sure that with all the ice and snow, for me, there would be no way home.

Check out that ending, Kevin Feige! Pretty cool, huh? What a way to tie it all back together. Jesus, I've watched too many Marvel movies. 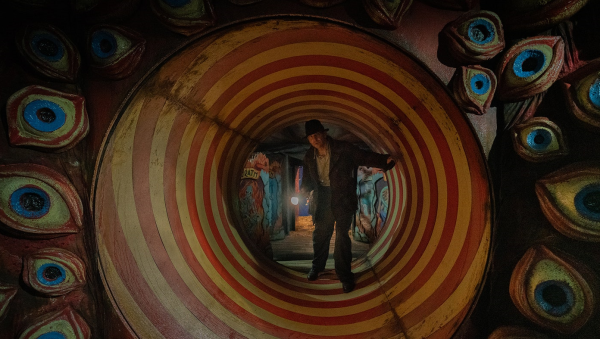 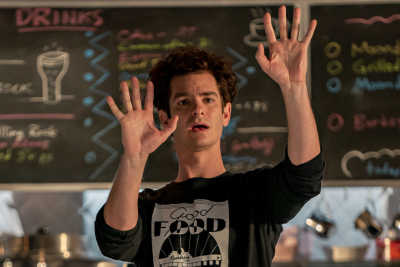