Mia Goth Is A Star

Following up from my review of X, check it out to get up to speed, I was finally able to catch up on the next installment, the prequel Pearl. Focused on the early adult days of Pearl (Mia Goth) the film follows the titular character navigating her life on the farm with her parents and her aspirations to be a star. However, similar to X, things slowly descend into madness and murder as Pearl slowly pushes her developing desire for sadistic acts.

Not only is Pearl a prequel in terms of narration, but also the history of film. While West used a grainy film approach for X to resemble a 16mm shoot, akin to the horror classic The Texas Chainsaw Massacre (1974), he employed a new technique for Pearl to capture the essence of the technicolor days. Films like The Wizard of Oz, Disney's Fantasia and Snow White and the Seven Dwarves are great examples of the eye popping color alongside the film texture representative of the 1930's and 40's when technicolor was perfected and growing in popularity, although created in 1916. With X showing the film style of the 70's, and taking place in 1979, Pearl using technicolor aesthetic born in 1916 for a film taking place in 1918 really helps to set the scene and give the viewer a fantastic frame of reference to the timeline of the films.

With Mia Goth reprising her role as a younger Pearl we see that her life on her family farm in X is where she grew up and has spent her whole life. Living with her strict mother Ruth (Tandi Wright) and her ailing father (Matthew Sunderland) Pearl gives us a tour of her farm life and desire to be a star right out of the barn door in the opening scene. However, right as the musical entrance is dissipating we get a glimpse of the real problems Pearl is having as she apathetically kills a goose with a pitchfork. Not too long after, as Pearl is taking a bath she takes small moments to pinch her father, paralyzed in a wheelchair, displaying her growing appetite for inflicting pain on others. Such actions are consequential of the restrictive nature of her mother, imploring Pearl to make the most out of the life she has by being a good wife to Howard while he's serving in World War I. Of course Pearl, infatuated with a movie she saw in the theater, is fixated on living a more exciting life, telling everyone and every animal "I'm going to be a star!"

Pearl's obsession for leaving her family and the farm reaches new heights when her sister in law Mitsy (Emma Jenkins-Purro) informs her of a tryout at their local church to join a traveling dance troupe. Seeing this as a way out of her current life, an escape from her mundane life, Pearl hopes to wow the judges and be selected as a traveling dancer. Of course Ruth finds the pamphlet in Pearl's room and an argument ensues, ending with Pearl pushing her mother against the fireplace and engulfing her in flames. Hiding her, still alive, mother in the basement Pearl then runs off to the theater and ends up sleeping with the projectionist (David Corenswet) whom she befriended at the theatre earlier. All of these events add to an already ailing Pearl and we see how starved she is not only for a way off the farm, but for love and intimacy. Feelings of loneliness, combined with the repression of her feelings by her mother contribute to Pearl engaging in some horrific actions ultimately resulting in violence, murder, adultery, and a lashing out of previously subdued emotions and desires.

Eventually the projectionist takes Pearl home and the next 30-40 ensuing minutes of the film show exactly why Mia Goth is nothing short of a superstar. As the projectionist begins to question Pearl due to inconsistencies in her stories and strange behaviors, Pearl launches into a tirade of unrelenting emotion. Ranging from sadness, anger, confusion, joy and just about everything in between Goth is able to contort her face and change her emotion on a dime in an extremely perturbing moment in the film. Here we get a true glimpse of the horror of Pearl, the sickness she's been sinking into and how we get the Pearl in X.

However, the crème de la crème of the film and Goth's performance (possibly career) is her eight minute monologue to Mitsy after she's rejected from the dance troupe. This mere eight minutes is an astonishing masterclass in line delivery, facial expression, tone, and just about everything under the sun that actors try to grasp. This is the scene of the year for an actress, period.

Overall if you enjoyed X and Ti West's style you'll love Pearl not only as a prequel but as a much more focused and nuanced entry into West's filmography. Even if you don't like the film you can't help but be drawn to Mia Goth's performance, waiting with anticipation for whatever role she has lined up next (Brandon Cronenberg's Infinity Pool).

P.S. I watched the entire credit sequence after the movie because I was so disturbed by the ending I couldn't look away. You'll understand when you watch it!

Although Pearl is anxiously awaiting her golden ticket off of her family farm, the only way to have a truly immersive experience while watching Pearl is to get on the farm. Luckily a well-made Saison can quickly transport you to the technicolor dream, or nightmare, of Pearl's family farm! Also known as a Farmhouse Ale, the Saison is ripe with yeast and rustic expressions while being lower in ABV and dry in nature. Historically the Saison was brewed as a way to douse a farmer's thirst in the hotter months of the year1.

While watching Pearl of course there's some additional flair you want in your saison. Understanding her curiousities from X I knew I needed some darker elements in my beer. All of these ideas brought me to Fair Isle brewing and they're wonderful beer, Cherry Paulie.

This is a black saison that marries the flavors of maltiness from a black lager and the dry tartness of a saison brewed with cherries. Overall you get a fantastic tart cherry flavor complemented with some coffee, roasted malt, and chocolate resulting in a tasty and easily drinkable beverage.

Of course maybe its not the best idea to attempt to be immersed in the film such that you find yourself on Pearl's farm... 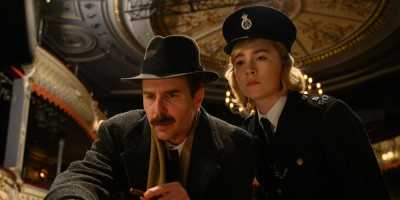 The Murder Mystery Nobody Is Talking About 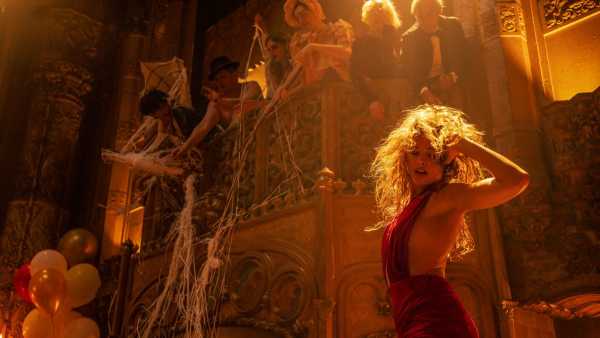 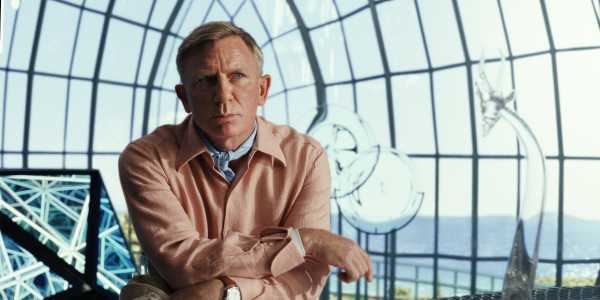