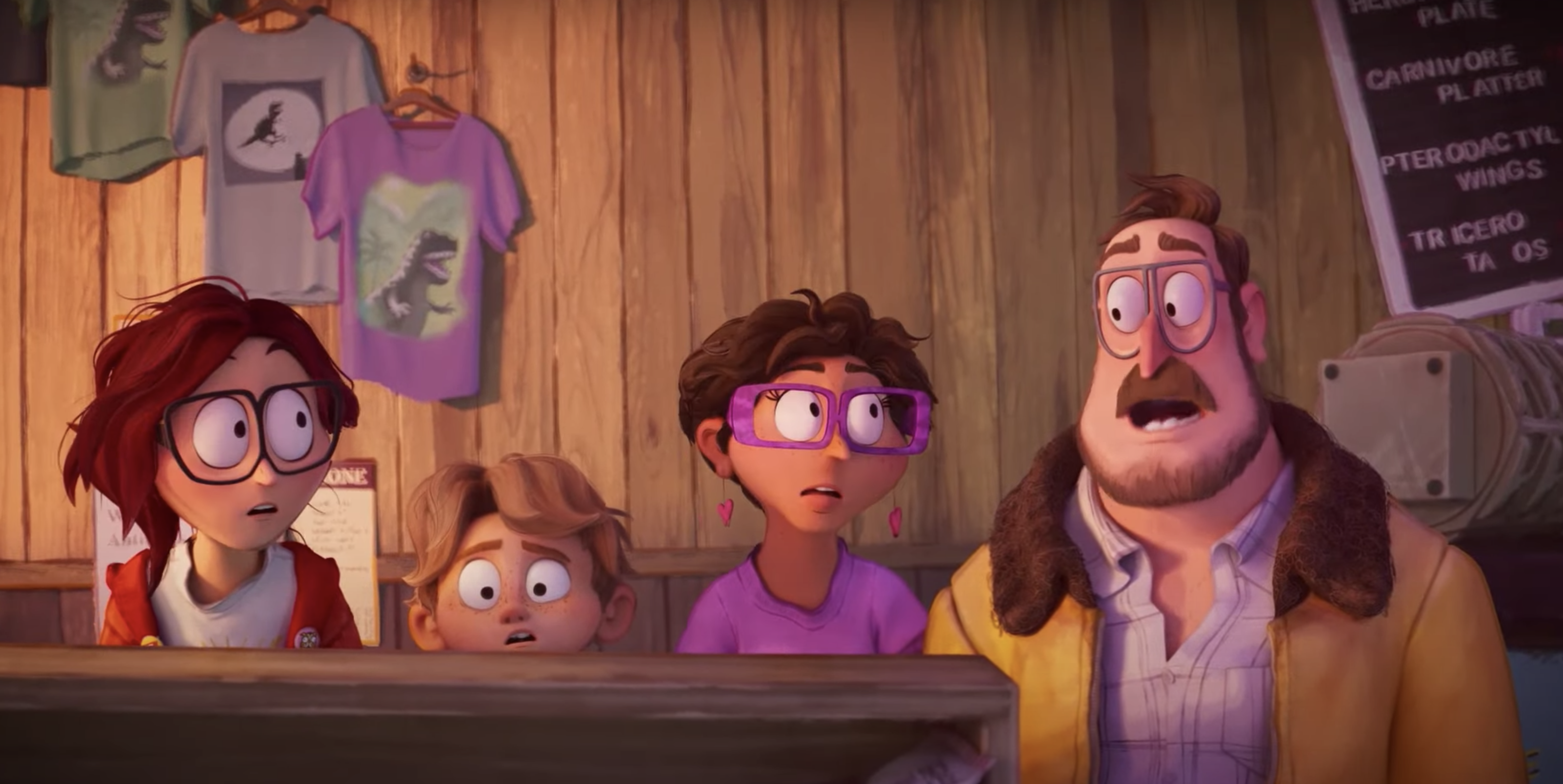 It takes real talent to be able to balance comedy and a heartfelt family drama in such a wonderfully fun way, and The Mitchell's vs The Machines accomplishes exactly that. From the very beginning to the very end, we are thrust into the throngs of the Mitchell family drama along with the action packed fun roller coaster ride of the robot apocalypse, which sounds way more serious than the movie's overall tone. Not only is this movie jam packed with great jokes and bits, it is also brimming with well put "boomer humor". Another reason why I think this is an excellent film for just about anyone is that it bridges the age gaps with its humor and its story and intertwines them both in a beautiful way.

Before I really dive into what makes this story and comedy so fantastic in the film, I would be remiss if I didn't acknowledge the all-star lineup of a voice cast here. And yes, that is an NBA joke that will explain itself in like 3 seconds.

Everyone is playing to their foremost strengths in this movie and it really shows. Danny McBride, just based on his preceding work, exemplifies the dad who doesn't really understand his daughter's hopes and dreams. Maya Rudolph never disappoints and as the quirky mom who turns into the terminator when her kids are threatened is a true blessing to witness. But what really captured my imagination and resonated with me was Olivia Colman's knockout performance as Pal, the evil version of Siri that attempts to take over the world. Don't worry, I'm not shocked at the fact that Colman was my favorite performance because she does this time and time again with every performance. I just so happen to also be watching The Crown so seeing her play Queen Elizabeth and then voice a phone flailing angrily on the table is quite the transformation.

But of all the impeccable voicing in the film the one true hero is the character that doesn't talk, Monchi the pug.

If you don't think Monchi is the best part of the film then you have upset me to the point of making eye water. Again, that line will make sense when you watch the movie, dividends people, dividends.

Amongst all the great characters and the jokes we really need to also appreciate the animation style! From the studio that brought us Spider-Man: Into the Spider-Verse which had an amazing new style accompanying it, they delivered another daring change of pace. They're pushing the envelope with how we can consume animated film and it not only plays into the plot, such as Katie Mitchell's (Abbi Jacobson) own film flair, but it helps the comedic punches and advances the story forward. A symbiotic relationship between the artistic style and the writing is a marvel to behold. The argument could be made that my "symbiotic" usage there was a play on previously mentioning Spider-Man and referencing Venom, take that as you will. But if you caught that and thought it was great, I'm on fire today.

Overall the styling of the animation and the cast play to eachother's strengths and the execution of the plot as a whole is chef's kiss. There are so many memorable parts to the story and intricate details of the Mitchell family where each character has a different dynamic and recipe for success with another. Rick (Danny McBride) and Katie are the central characters to the story but the relationship between Aaron Mitchell (Michael Rianda) and Linda Mitchell (Maya Rudolph) is another fascinating aspect to the film. Additionally the interactions of Monchi with everything and everyone, and Linda's relationship with Eric (Beck Bennett) and Deborahbot 5000 (Fred Armisen) is a hoot and a half.

As I start to wrap up my raving about this movie, seriously everyone please watch it, I'll just dabble on my favorite portion of the movie. Definitely top 5 scenes of all time in my mind (don't ask for the other 4 I haven't thought this out). Of course I'm talking about when the Mitchell's are in the mall and all of the machines come alive, yes especially the Furby's. Holy shit I was laughing so hard during this entire debacle. I might've cried at some point when the Roombas were called to battle and started falling down the escalator, I'm laughing right now writing about it. Then the magnum opus, oh Lordy the Furby's. To put together such a fun and exciting film and then you have these tiny childhood toys come alive that are so innocent and cute is hilarious. The dubbing of what their saying is perfection and the combination of aggression and overt absurdity of a gigantic Furby screaming "LET THE DARK HARVEST BEGIN" is side splitting humor.

All in all I could write about how much I loved this movie all day. It's incredible. Please please please go watch it so we can just get our Twitter to post Furby memes all day and have people understand it. 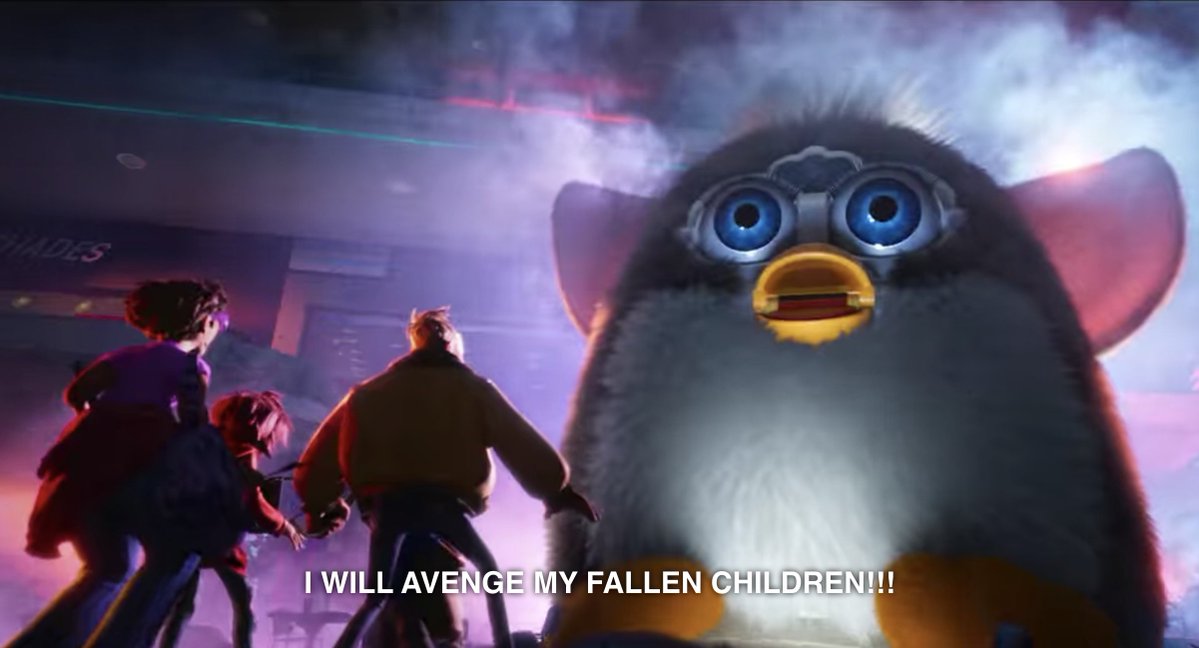 I'm not totally certain what I saw initially when I looked at this can, but when I opened it I was confused by the name. Part of me thinks I originally grabbed it because I thought it was called "Sweet As Good Life Pacific Ale" which just sounded pleasantly optimistic. The other part of me just saw a beer on a shelf and muscle memory took over and I needed to put it in my basket. Yeah I shop with a basket at the grocery store because I need to assert dominance by carrying a stupid amount of food and drinks in a wee little basket. I also bring them up to my apartment all in one trip because there is no other way.

Regardless of why I grabbed this beer I was ecstatic that it found its way into my fridge. A nice bright radiating color that also produces a great head when poured, this is about as aesthetically pleasing as a beer can be. This packed a tropical punch that was equally refreshing as delectable, a truly welcome experience as the Summer weather starts to ramp up in Seattle.