Quick Recap of the Noteworthy Categories

Some other highlights: Mank, Sound of Metal, and Ma Rainey's Black Bottom, all won two technical awards a piece; Soul each won both Best Animated Feature Film and Best Original Score, and Thomas Vinterberg won Best International Feature Film for Another Round; Judas and the Black Messiah also won Best Original Song for H.E.R.'s "Fight for You."

What the Hell Happened in the Last 20 Minutes?

Why did the producers decide to announce Best Picture before Best Actress and Best Actor? That question may linger, and sting, for quite awhile for many who watched the entire broadcast. By the way, it was the first time Best Picture wasn't the last award presented at the ceremony since 1972. We can only surmise that the showrunners assumed the former two awards would be more unexpected (in the case of Best Actress) and provide an earnest opportunity to toast the achievements and legacy of a lost hero deserving of a heartfelt final ovation (in the case of Best Actor). What happened instead is one of the most confounding endings in recent memory at the Academy Awards.

So, Best Picture was announced early to prop up the last two acting categories, but what ensued was chaotic. Best Picture lost some shine and pedigree, back-to-back victories for McDormand and Nomadland felt slightly repetitive, and the Hopkins win played spoiler for those waiting for Boseman's moment. Regardless of what end-result you as a viewer might have been hoping for, it's doubtful that the choppy ending left you feeling totally satisfied. Unless of course you're an agent of chaos or an incessant troll lord.

With all that in mind, no one should blame Hopkins in the slightest (he didn't ask for this to happen, the performance is deserving of accolades, and I'm sure he doesn't want to be the person who 'stole' Boseman's Oscar), though the outcome did leave some sort of sour taste in everyone's mouth. Nominating, awarding, and celebrating Boseman at this ceremony was a layup, a sure-fire way to recognize the man's accomplishments, as well as mourn the loss of what would have likely been a long, marvelous, future career. When we were speculating about whether a Glenn Close victory would be the wtf moment of the night, we should have been worrying about the Oscars whiffing on the one moment they couldn't possibly screw up. And yet still did.

It is also worth noting that Hopkins put out a thank you video this morning from his home in Wales, and he was nothing short of gracious. He paid tribute to the late Boseman and was humbled by the Academy's recognition. Needless to say, he's a class act with a kind heart. Check out his Instagram (@anthonyhopkins), and you'll see an old man with a young soul dancing around in a Hawaiian shirt, playing the piano with a mask on, and pictures of his cat, Niblo. Cheers to you, Sir Anthony.

Some Other Quick Observations

Some of our predictions weren't really "predictions"... we just kind of rambled, but if we are in fact keeping score then the nailbiting win goes to Hopster!!

We wouldn't dare neglect to mention the wonderful beverages we had to help us through such a long and arduous ceremony, only to be let down by the finale. Luckily these did not disappoint!

While the Smile More West Coast IPA was brewed at the Stoup Brewery it is a collaboration beer across multiple Ballard (Seattle) breweries, namely the Ballard Brewed Coalition. More specifically this beer was brewed by the women of the aforementioned coalition in support of the Pink Boots Society which works to introduce and enable more women in the brewing profession. Not only are we behind this initiative but the beer itself is delicious! A hoppy and malty celebration with a great smooth taste, which we thoroughly enjoyed!

No better way to start writing some Oscars recap article than with the flow of The Creative Process from Fast Fashion to help us out. This is a phenomenal beer that is as hoppy as fruity and is brewed with mosaic, Idaho 7 and citra lupomax hops which boost its flavor to the next level. It has a great bright color and a smooth and juicy taste, another great one to have on deck!

Lastly, as the ceremony leaned into its 3rd hour we had to follow suit with our 3rd beer. With the Can-O-Bliss Hazy IPA from Oskar Blues Brewing we wrapped the night up in an ideal fashion. As opposed to what we were watching on the TV this was a welcome and perfectly executed end of the night! Another bright beer with a great hazy coloring as well, packed a great fruit, melon and peach flavor along with the smoothness a hazy IPA can offer! 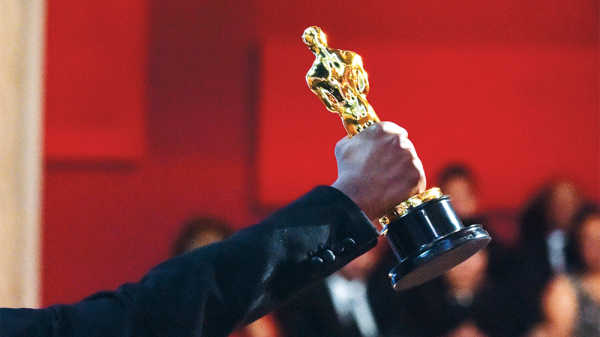 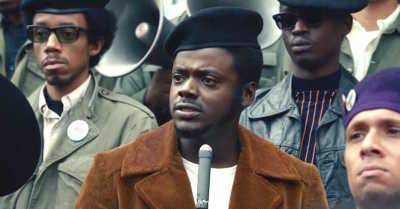