Do you remember the movie The Duff when Wesley Rush (Robbie Amell) is the stud QB in high school and there's a scene where Bianca Piper (Mae Whitman) is talking to him during football practice? Here is this actor, playing a fantastic football player, and in this scene they have him throwing a football like on of those inflatable crazy arm used car sales lot things. It's part laughable and part unbearable to watch, I mean look at this:

Check out this "star QB" throwing motion. Why do actors struggle to throw a football like a regular humans? pic.twitter.com/eHhUhpVfav

Now not only did this become an outrageous meme but, it also got so much traction that Robbie Amell countered with a video proving he could in fact throw a football. He even went on the Rich Eisen show and threw a football with Rich to once again prove that he has some semblance of athleticism contrary to what appears in the film.

He claims the reason he couldn't actually throw the football was due to thousands of dollars of camera equipment being right behind the PA he was throwing to. This is undoubtedly believable seeing as they are, in fact, making a movie which requires a stupid amount of expensive equipment. However, there are plenty of films out there with sporty spice moments in them that aren't impeded by the presence of the aforementioned expensive equipment. Hustle is one of those films.

Starring a serious(ish) Adam Sandler as NBA Scout Stanley Sugerman the film focuses on his years as a scout and his struggles to get into his dream role of coaching. His scouting journeys lead him to find Bo Cruz (Juancho Hernangomez) in Spain and at first sight Sugerman wants to try and get him into the NBA to play for this team, the Philadelphia 76ers. The film boasts an incredible amount of cameos, and the best part about these appearances is how they are the antithesis of MCU-style fan service moments. Hustle is stuffed to the brim with actual NBA players, playing themselves or characters like Anthony Edwards playing top recruit Kermit Wilts, or international players like multiple Spain national team players!

Letting these professional athletes add some pizazz into the film, along with moving the camera equipment of course, adds some much needed wow factor into the film. Watching Cruz or Wilts dunk on a fast breakaway or even pull out a nice move and drill a 3 adds to the overall motif of the film and really enhances the viewing experience.

I'm a sucker for a good sports movie -- and this one was a real joy to watch. It is really cool seeing career funny guy Adam Sandler, who can actually hoop, alongside all of these NBA players while also delivering a great performance. Not to mention, Anthony Edwards put on quite the performance as Kermit Wilts! He looked like a veteran on the court this season and a veteran in front of the camera for this film.

Overall, this film won't crack into any awards categories or anything, which apparently Netflix is against since they called The Irishman a vanity project but willingly made Underground 6, but that's ok. Because Hustle is a feel good sports flick that is a total blast to watch and has great rewatch potential at that.

Now excuse me as I watch that clip of Amell throwing the football a couple hundred more times.

I put on my Houston Rockets Daryl Morey and Mike D'Antoni era hat on when watching this movie which means I only thought about 2 things: analytics, and that sweet sweet 3 ball. Which means the only appropriate sidekick during this viewing is the hazy IPA out of No-Li brewing, Threezy Does It.

This Hazy IPA is a refreshingly light treat that clocks in at a low 3.5% ABV along with only 98 calories to boot. If those numbers make you think you're drinking something with the flavor profile of wet cardboard, well think again! No-Li has made an incredibly light beer but with all the flavors and aromas of your classic hazy IPA. There's plenty of citrus, fruit, pine and hoppy tones to cover all your bases giving you a grand slam of a beer! 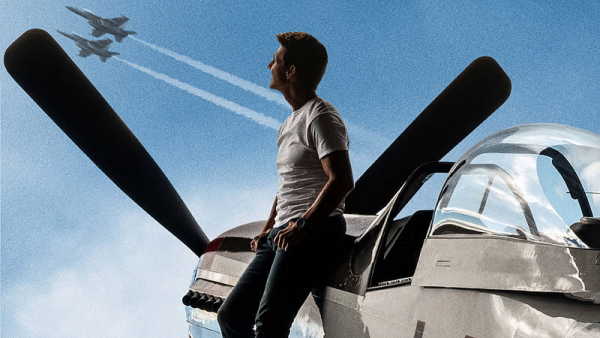