It's a well known fact that I enjoy just about every A24 horror film put out. If that makes me a "homer" then so be it! But I'll have you know that A24 (and Neon for that matter) is consistently pushing the envelope on how to deliver various themes in a variety of film genres and styles. What you end up getting are some incredibly nuanced projects that represent a mix of genre, style, and message resulting in an entertaining watch sometimes alongside a general feeling of "wait what was that about?"

Of course some films are pretty on the nose and you're not asking yourself that lingering question. The latest viewing of A24 horror I had falls into this category as Bodies Bodies Bodies is a stylized satirical horror that wears it's themes on it's sleeves.

Oh by the way spoilers aplenty!

Bodies Bodies Bodies is about a group of long-time friends, from wealthy families getting together at their friend David's (Pete Davidson) house to party during the impending hurricane. Sophie (Amandla Stenberg) and her new partner Bee (Maria Bakalova) show up what appears to be rather unannounced, shocking the group and beginning our first glimpse of the dynamics of the friendships. After some introductions and catching up with each other Sophie starts a rousing game of bodies bodies bodies, where someone is the "killer" and the group needs to deduce who it is. Soon after starting Bee finds David outside with his throat cut which sends the group into a unraveling spiral of paranoia and fear.

The real threat in the film never feels like a killer running amok but the internal toils and betrayals within the friend group that bubble to the surface. There's threats of cheating as Jordan (Myha'la Herrold) says she slept with Sophie not long before the party and while she's in a relationship with Bee. David is about as insecure and narcissistic as one can get while having intimacy problems with his girlfriend Emma (Chase Sui Wonders) who is an actress and loves to be the center of everyone's attention. Meanwhile Alice (Rachel Sennott) bounces loyalty around to whoever needs it and is incapable of a deeper than surface level relationship.

Then there's Greg (Lee Pace), who honestly is just vibing and doing his own thing the whole film.

The strongest aspect of Bodies Bodies Bodies is how tightly written the script is. All of the characters are deplorable and the dialogue between them highlight and satirize many of the issues with Gen Z. One of the best themes throughout the film is the inability for any of the characters to take responsibility for their actions, and Sarah DeLappe's screenplay feeds into it perfectly. Not only are they playing a game where you can't take responsibility, because that would end the game, but as it blends into real life and more problems occur everyone is pointing the fingers at each other. Even in the most obvious moment when Jordan shoots Alice in the leg Alice screams and asks if Jordan actually shot her.

To which Jordan, holding the gun, replies "no."

It's succinct, on the nose, and undoubtedly hilarious that while literally holding the smoking gun there's no responsibility for actions taken.

There's so much to take away from Bodies Bodies Bodies like an allegory to online personas or reliance on social media resulting in shallow relationships to the inability of experiencing empathy while calling yourself an ally. The rewatch potential lies in discovering something new lurking beneath the biting dialogue and infinite buzzwords of twitter and not to mention enjoying the film!

Let's see, there's a house full of people that think they're all the best of friends, love everything about each other, and would never betray the other. Now that's what I call Shared Delusion!

No seriously, Shared Delusion is a triple IPA brewed by Fast Fashion and is an ideal selection for Bodies Bodies Bodies.

This triple IPA is pretty stealthy when it comes to its punch. Weighing in at a 10% ABV you're never overwhelmed with bitterness, a strong flavor, or overbearing hops through the whole drinking process. It has a nice thick texture to it and is packed with some fantastic citrus and tropical flavors and aromas. My favorite aspect of the beer is the experimental hop used in it, not only is it delicious and provides some of the watermelon and mango tropical-ness but its also called Anchovy. So to say I had a beer brewed with anchovies is pretty rad. 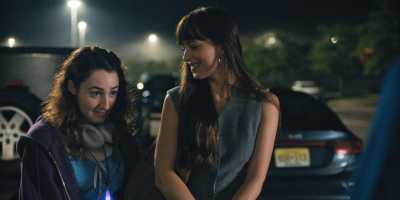 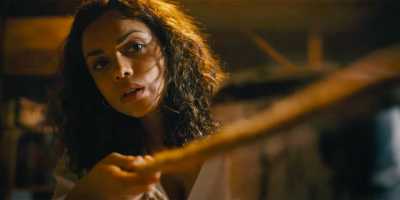