Such terrible, terrible news today -- the great Ray Liotta has died; he was 67 years young. Curating one of the more fascinating Hollywood careers over the past three decades, Liotta achieved a reputation as an excellent character actor capable of injecting immense energy and gravitas to any project he worked on. Over time, his boyish good looks chiseled and grizzled, and as he aged, he brought a weathered disposition and magnetic energy into every performance. Inarguably, Liotta is best remembered for his starring role in one of the greatest films of the last half century (or probably ever) -- Martin Scorsese's magnum opus, Goodfellas. Leading a Scorsese gangster flick that includes Robert De Niro, Joe Pesci, Paul Sorvino, and Lorraine Bracco (not to mention the incredible supporting cast) is no easy task. I'll never forget watching it for the first time with my dad -- it was likely the first time I had ever seen any of these actors much less watched a movie about gangsters. Hell, that was probably the most violent and provocative thing my innocent eyes had ever seeen before. And in retrospect, Liotta was so naturally gifted and his performance was so perfectly calibrated that he fit right in and looked right at home amongst the other cinematic titans at work. But remembering him only for his involvement in Goodfellas would be to misremember the rest of his brilliant career. To honor and pay tribute Liotta's impressive filmography and legacy, I want to briefly revisit and reflect upon ten of his finest movie performances.

A perfect example of Liotta's willingness to play along and have a bit of fun. In Hannibal, a film directed by the always-interesting Ridley Scott, Liotta plays Paul Krendler, an official working for the Justice Department who gets caught in crossfire of a Hannibal Lecter revenge tour. In an unforgettable sequence, a captured and drugged Krendler is subject to one of film's most viscerally repugnant escapades. Lecter opens up Krendler's skull, cuts out part of his brain, sautés it in front of him (remember, he's delirious), and then feeds it to him... It's a horrific image, and Liotta is authentic while still being self-aware of the absurdity taking place around him. In a film led by a trio of Oscar-winning actors, namely Gary Oldman, Julianne Moore, and Sir Anthony Hopkins, Liotta leaves his mark and then some.

An underrated skill for an actor to hone is the ability to share the screen. Like his performance in Hannibal, Liotta delivers a similar supporting effort in James Mangold's crime drama, Cop Land. Like Goodfellas before it, this movie boasts an incredible lineup of talent, which includes Sylvester Stallone, Harvey Keitel, and Robert De Niro. Playing Gary "Figgsy" Figgis, Liotta aptly develops a new spin on his on-screen persona to convincingly portray an officer in the New York City Police Department. This isn't necessarily remembered as affectionately, but it should be thought of fondly, as should Liotta's performance.

More of a bit part, but Liotta plays Frederick "Fred" Jung, father to George Jung, the film's leading character played by Johnny Depp. The movie's ending circles back to a message Fred recorded for George which emphasizes the film's core thematic thesis about money and the destructive nature reckless greed. This is a decade removed from Goodfellas, and Liotta's stature looms large, even if he isn't at the center of movie culture anymore. But here, with limited screen time, Liotta again proved that he always made the the most of his opportunities.

This one is badass - if you haven't seen this neo-noir crime thriller from Andrew Dominik, I suggest you check it out. But only if you're ready for a brutalistic cautionary tale of American capitalism. Once again, Liotta is seventh on the call sheet -- the film also stars (takes a deep breath) Brad Pitt, Scoot McNairy, Ben Mendelsohn, James Gandolfini, Richard Jenkins, and Vincent Curatola. During one fateful sequence, Liotta's character, Markie Trattman, endures a merciless beating at the hands of some mobsters for his perceived involvment of a related crime -- he is murdered shortly thereafter. Liotta always had a knack for fitting into these kind of darkened stories and could brilliantly code as a protagonist, an antagonist, or better yet, somewhere in between.

Another woefully overlooked (or maybe just forgotten) movie that Liotta shows up in. Directed by Derek Cianfrance and starring Ryan Gosling, Bradley Cooper, Eva Mendes, Rose Byrne, Ben Mendelsohn, Bruce Greenwood, and Mahershala Ali, this is another stylized crime thriller with atypical aspirations. While Liotta is more or less just role player, his presence alone helps to elevate the material into another tier of movie. In an effort to avoid redundancy, let's just say it's clear that Liotta's unique ability to fit in and stand out simultaneously is maybe his greatest skill as an actor.

Last summer I wrote about how Liotta, along with the supporting cast of No Sudden Move, brought "an extra level of gravitas to otherwise lightly sketched crime drama characters." Maybe this is proof that I'm consistent -- or maybe just repetitive. Either way, I stand by the sentiment. Steven Soderbergh clearly identified that same "role player meets screen presence" quality that Liotta consistently excelled at throughout his career -- I mean, this movie has as many stars in at as Avengers: Endgame. This film comes in a period of career rejuvination for Liotta, and I'm so glad he got chance to show of his skills in a Soderbergh crime thriller.

Here is another Liotta film that I recently referenced. This is a pre-Goodfellas performance for Liotta and wow, does he make the most of his time on screen in a supporting role. His mystery-meets-magnetism presence in Field of Dreams is note-perfect. Another actor might've steered into a lane of campiness or nostalgia, but Liotta delivers a nuanced and restrained interpretation of Shoeless Joe Jackson, a man whose haunted history has turned him into a literal ghost. But his pathos is carefully conveyed to the audience and Liotta breathes life into Jackson through subtle facial expressions and mannered line readings. He was rarely better than he was here.

This was Liotta's breakout, and it set the stage for his long career in film. Directed by the virtuistic Jonathan Demme and co-starring Melanie Griffith and Jeff Daniels, this was an early opportunity for Liotta, as the ex-con husband Ray Sinclair, to take over the frame and jump off the screen. As Ebert noted, he is "mesmerizing", and some might even say terrifying. Whatever your opinion is, his presence is enveloping, and the results are eminent.

Noah Baumbach's Best Picture-nominated divorce movie catalyzed a return to form for Liotta sparking his recent resurgence in TV and movies. Alongside Scarlett Johnasson, Adam Driver, Alan Alda, and Laura Dern in an Oscar-winning performance, Liotta plays Jay Marotta, an attorney working for the divorcee-father, Charlie (Driver). In a film with such emotionally-charged exchanges, Liotta dials up the alpha-masculinity and asserts dominance into every line of dialogue -- his ruthless demeanor and callous disposition is what makes him a good lawyer. And he's placed in juxtaposition with Dern, who is just as cutthroat as he is in the courtroom (and outside of it). Liotta, to his credit, never steers the character too far from a moral center and knows just when to dial it up or scale down depending on the the temperature in the room. He's every bit as good as everyone else around him.

I'm honestly sure what more I can really say other than this: in Goodfellas, Liotta is a comet soaring through a supernova. He unleashes the full breadth of his talents and delivers what is now an iconic performance. His Henry Hill evolves from an ambitious and scrappy young hustler into an unraveling, coked-out burnout mobster, an Icarus figure whose obssession with access, power, and status comes crashing down at the hand of arrogance and substance abuse. From start to finish it's a Herculean effort from Liotta, and as I mentioned earlier, he is more than at home with Scorsese and every bit as good as Pesci and De Niro. His star never shined brighter than it did with this film -- but really, how could it?

A few projects Liotta was involved with, including Cocaine Bear, an untitled Charlie Day film, and an Apple TV+ miniseries called Black Bird, will be released posthumously. So, there'll be more opportunities to still see him in action -- for that, I am grateful. In the meantime, there is plenty of great stuff to go back through in his filmography. Such a sad day for such an extraordinary performer. RIP to the late, great Mr. Liotta. 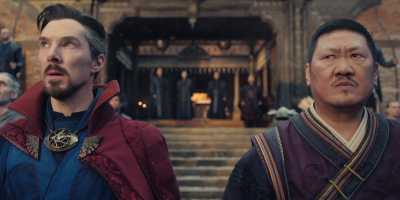 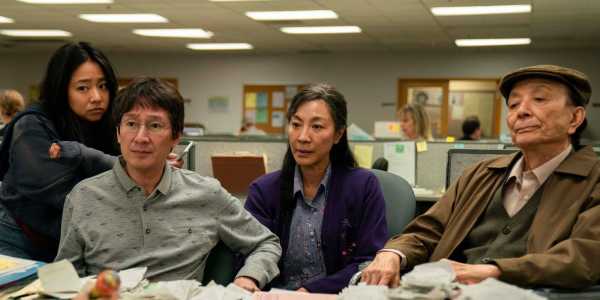