While I'm not familiar with the eponymous Elena Farrante novel, I must say I was shocked with how much I enjoyed The Lost Daughter.

Through its complex subtleties and sometimes difficult plot to comprehend The Loast Daughter really comes together and pleases with a simple amalgamation of 3 incredible performances. One being Olivia Colman who always shows up to the job ready to slay. Two being Jessie Buckley who has come out of the cut in recent years to cement herself as a fantastic up-and-comer that has never turned in a poor performance. Third being, of course the steady directorial hand of Maggie Gyllenhaal whose meticulous and careful direction allowed the two time streams of the film to dance with eachother like an immaculate figure skating routine. Quick shout out to the Winter Olympics there.

Now the movie can be kind of hard to follow at times, right? But to be fair so is the Farrante novel from what I've heard. Gyllenhaal adapted what was an obscure and temporally complex narrative structure in the Farrante novel and turned it into one of the better (possibly best) character analysis films I've seen. Colman and Buckley certainly lend a helping hand with dynamite performances but really the translation from script to screen is a product of Gyllenhaal's eye through the lens and it is impeccably done.

Our journey starts with a current day teacher named Leda (Olivia Colman) vacationing on a beautiful beach retreat when her peace is interrupted by a rather large, loud, and sometimes abrasive family. Within the family is Nina (Dakota Johnson) who is a young mother caring for her young daughter, and its this relationship that we see Leda fixate on. Throughout the film we also get a glimpse of Leda's past where a young scholar Leda (Jessie Buckley) is attempting to further her career in Italian Literature while caring for her own young two daughters.

Within the back and forth of these 2 timelines we get to learn much more about Leda and the mysteries around her character. We see that she has an extremely hard time wrangling her two young daughters and balancing her career while her husband Joe's (Jack Farthing) career appears to be taking off and taking him away from the house from time to time. But the biggest constant between these times is the doll young Leda gives to her daughter Bianca. A relic of her own childhood, given to her by her mother, she bequeathes it unto Bianca in an attempt to create a stronger bond, as Bianca is becoming more resistant and bold as a child. Later Bianca destroys the doll by ruining its clothes and drawing all over it. Angered, Leda grabs it and throws it out the window where it explodes on the street below.

Now in current time Nina's daughter also has a doll that looks just like the one Leda gave Bianca, but this time Leda steathily takes it from Nina and her daughter. Throughout the film were left wondering about the motives of Leda, in the present and the past, but both of these times are tied together through this doll in a way. In the past the doll represented her own childhood and memories, eventually being ruined by Bianca and herself. Its as though Leda's own childhood innocence and ambition was taken from her through motherhood. Then in present day she sees an opportunity to almost get back that time, that childlike wonder and fun that she's apparantly been craving her whole life we see as she leaves Bianca and Martha for almost 3 years and describes it as an amazing time.

As Leda has the doll in her custody Nina's vacation descends into madness as her daughter is distraught about the doll's disappearance but Leda appears almost more at peace. While holding the doll she tries to scrub and clean it and restore it to a better condition, much like her own sense of self. Leda is striving to restore her own idea of herself, how she is as a mother, a friend, a daughter of her own mother. Eventually we see there's water, almost rot, and worms within the doll, a powerful piece of symbolism for the internal struggles Leda has been feeling between being a caring mother for Martha and Bianca and living out her fantasies and dreams, much like cheating on her husband Joe with a renowned professor (Peter Sarsgaard).

Ultimately we're left with a bittersweet ending, but one that is the only ending that makes sense! Even though we're not sure whether Leda is actually dead or alive in the finale we see her return to a state that she's been struggling to get back to. She's called her daughters, who are elated to hear from her, and she's peeling an orange in the very way that connected her to her daughters as they were growing up. Its a return to form, a reconnection with what matters to Leda and an exploration of her journey to get back there, to rid herself of the rot that she's had in herself and to get to the point in life where she can be happy and thrive.

Now there's a lot to contemplate in the film for sure, there's a line in the novel that states: "The hardest things to talk about are the ones we ourselves can't understand".

Somehow someway Maggie Gyllenhaal has crafted a film where we don't really understand the main character, don't really get what she's doing or why. But we feel almost connected to her in her journey of self-realization and learn to empathize with her reactions and ambitions. Its astounding how Gyllenhaal is able to put together these narratives with this end goal when we see things Leda is doing that conventionally we wouldn't agree with, cheating on your spouse, abandoning your children. But through the large circle of the film we end up right where we need to be, the beginning, with Leda being a mother and happy with herself (or so we think). Certainly a remarkable achievement for Maggie in her directorial debut and an equally astounding achievement for both Academy Award nominees Olivia Colman and Jessie Buckley.

So for this film I really had 0 idea what it was about. I knew Olivia Colman was probably going to rock my socks off and that it was understanding there's some type of daughter somewhere. Therefore, with a daughter somewhere there would have to be a mama of the same sorts!? The logic really checks out a lot better than you think, and if you disagree then I'm willing to back down from this point...

The Mountain Mama is a Citra IPA, so its packed with those juicy and citrus aroma producing citra hops and it results in a pretty hoppy but juicy beer nonetheless. Having a medium body it is a smooth drink and is not overwhelming in any category, resulting in a easy beverage and a balanced palette pleaser. It has a bright orange appearance which is always pleasant to see depending on your mood and accents the exquisite performances of Colman and Buckley quite well. Brewed by Everybody's Brewing it truly is a solid IPA for everybody to enjoy! 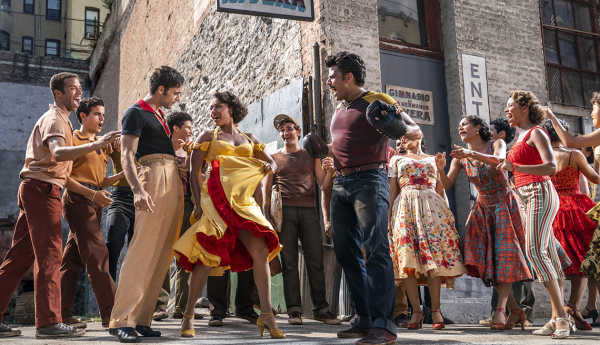