A new theatre viewing!! Time to dive into the previews and see what's got me hyped!

Spoiler alert there were a lot of excellent previews before this one...

Movie previews that I'm itching to check out:

Enough about what I'm looking forward to, time to talk about what I indulged myself in, which was Pablo Larraín's latest film, Spencer.

Spencer follows the royal family and most presently Princess Diana, played phenomenally by Kristen Stewart, over the days of Christmas at the royal Sandringham Estate in Norfolk.

From the jump, the film feels and looks like a dream state, with a foggy appearance on the outdoor scenes and a sort of washed coloring. Of course this dream state is quickly realized to actually be a nightmare as Diana begins her Christmas holiday with the royal family.

The way Larraín has framed the shots within the estate results in an overwhelmingly claustrophobic experience, as Diana is effectively trapped in more ways than one. Not only is Diana trapped in the confines of the estate, but she's also emotionally imprisoned in a broken marriage with Prince Charles (Jack Farthing) and burdened with being a member of the royal family.

With all of these pressures placed on Diana, along with the dreamy cinematography, Spencer truly plays out as a psychological horror. A psychological horror such as this is really only as effective as the main character's performance -- and Kristen Stewart knocks it out of the park here.

There's a panoply of awards buzz for Stewart as this film came out and after seeing this, I believe it is fully justified and more. Stewart's subtle nuances of terror and repressed anger are astounding. If there's one moment for you to look for to really align with this view, it's the outrageously dynamic scene of Diana talking to Charles in the billiard room.

Stewart's ability to push emotion through a twiddling of fingers, rolling a pool ball around, and terrified glances around the room, all the while Charles remains as still and lifeless as ever, is as remarkable as I've ever seen. These emotions and subtleties are placed throughout the film as well to show just how far the royal family has pushed Diana, to a point where she doesn't even know who she is or used to be anymore. In the beginning of the film, she's quite literally lost, and as it is revealed, she was mere feet (meters???) from her childhood home.

While there are plenty of very on the nose metaphors and symbols throughout the film, it helps that there's an extra layer of depth added with the sublime acting of Stewart. Not to mention the anxiety-inducing score from frequent PTA (Paul Thomas Anderson) collaborator, Jonny Greenwood, keeps you on the edge of your seat and honestly makes you a little uncomfortable.

Some of my favorite shots of the film, given Larraín's direction and the cinematography, show the expanse of the whole estate and little things going on in the distance. It truly shows the extravagance of the whole affair, but then once Diana is there, you've never felt more claustrophobic -- it's a real tip of the hat to Larraín and all he did in this film.

Oh and, of course, the Queen's corgis are a blessing to have on screen.

With the washed and dreamscape camera work at hand I was on the lookout for a beer that could put me in a similar state of mind. Or at least one that has a can that makes me feel like it would do just that. Therefore, it only makes sense that I grabbed myself a cold can of Living Daylights IPA.

A Hazy IPA is the perfect companion to this film with all of its foggy atmospheres and clouded motifs. From the great minds at Scuttlebutt Brewing, the Living Daylights IPA has a fantastic aroma full of citrus to help brighten the day, even when watching a melancholy film with psychological horror elements sprinkled throughout. Similar to Princess Diana's pastel yellow garb in the penultimate sequence of the film, this beer presents a bright and fiery color synonymous with its flavor. It's not only bursting with those great citrus and hops flavors well known from a Hazy IPA, but its balance of orange and bitterness is exquisite.

A great pairing indeed but when drinking this and watching Spencer, be sure to raise your glass to Kristen Stewart, because she makes this whole adventure so much more worthwhile. 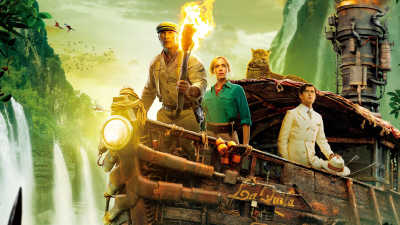 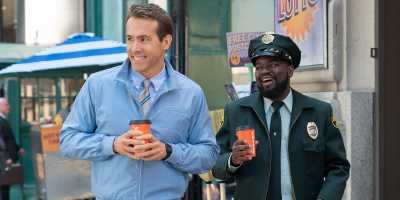