If you're looking for an up-tempo, quick-burning heist movie with elaborate set pieces and a flashy "get a bunch of hot people in a room together" ensemble script, I suggest you look elsewhere. But if you're game for an intricate, subtle crime drama that hinges on misdirection, methodical world-building, and subverting genre expectations, then consider checking out No Sudden Move, which debuted on HBO Max at the beginning of the month.

We are in the midst of a prolific mid-career run from Mr. Keen & Crafty himself, Mr. Steven Soderbergh. Just in the past five years, he's cranked out a bunch of movies: Logan Lucky in 2017; Unsane in 2018; High Flying Bird and The Laundromat in 2019; and Let Them All Talk in 2020 -- I'd say most of these are at minimum very solid, mid-tier entries into his eclectic filmography. And while he is at least partially responsible for what was one of the most confuddling endings at an awards show in recent memory (aka, he was one of the producers who probably decided that flipping Best Picture [Nomadland] and Best Actor [Anthony Hopkins vs. Chadwick Boseman] at this year's Oscars would be a fun ol' switcharoo)... it was, in fairness, a thankless and tricky-to-pull-off COVID-19 era production that is usually a broadcast snooze anyways. Even so, I think we can all agree that Regina King's spellbinding walk in on the catwalk was an obviously Soderbergh-ian flourish and a truly legendary decision deserving of some well-earned praised!

But if we've learned anything about Soderbergh over the years, especially as of late, it's that he not only has an uncanny eye for style, but that he also loves to mix things up just for the hell of it. His 32nd(~ish) feature film feels like an exercise in genre harvesting, like when a more than capable farmer revisits a familiar garden but this time he is more interested in the process of crop rotation than he is in actually growing any plants -- whatever he gets in the end is worth the pursuit of mixing it up, even if just for the sake of shuffling things around. When you're Soderbergh and you're adding another entry to your list of crime/heist genre flicks (simply because you love making movies and trying shit out), the question isn't necessarily, "What haven't I done yet?" or "What will work for this story?" but is instead, "How can I maintain form + follow procedure but still yield some new outcome entirely?"

The end result might prove to be a letdown for some viewers, but part of me wonders whether or not Mr. Keen & Crafty gives much of a damn. So few working directors can shoulder such a dismissive disposition, and even fewer are allowed such creative liberty. His return to this sort of gritty genre storytelling announces renewed purpose. He experiments with this why-the-fuck-not vanity project and still elevates what feels like an almost-too-lean-to-get-full story into a riveting two hours. Soderbergh is liberated risk-taker and a token non-conformist, sure, but his best attribute might be that he is a transcendent tactician. Seriously, even if there is something left to be desired about plotting or some of the character work, the film is put together in a way that is not only highly watchable, but it's identifiably the work of someone who knows how to continuously engage an audience. There are some bones to pick through. Soderbergh is most likely an insufferable busy-body, and his relestness probably hit new depths over this past year and a half. While the look of the film doesn't really suffer (maybe three too many fish eye shots but whatevs), the script is rather bland and the purposeful confusion he sets up never seems to never completely come full circle. Maybe these are byproducts of an impromptu project; or maybe the fact that this was shot during a public health emergency stretched this bare bones story to its seams. Regardless, the talky script does tee up several excellent performances for this impressive cast list that are worth highlighting. Don Cheadle, Benicio del Toro, David Harbour, Noah Jupe and Amy Seimetz (in particular) are all gracious scene-sharers, and it is through their interplay wherein the film really shines. Ray Liotta, Julia Fox, and yes, even the ever-dapper Jon Hamm (and his dull performance as completely hollowed out and exceptionally boring Detective Joe Finney) bring an extra level of gravitas to otherwise lightly sketched crime drama characters. A few other shout outs -- Kieran Culkin is awesome in this, and I'm excited for him to keep taking on interesting roles in big movies with great directors; and I have to note that Brendan Fraser brings a bizarre energy to probably the most generic part on paper... but he absolutely makes the most of his time on screen. And lastly...

SPOILER SERIOUSLY STOP READING IF YOU DON'T WANT TO KNOW...

... whenver Matt Damon agrees to be Mr. Exposition and come in for the last fifteen minutes of your movie as a living McGuffin to explain the unexplainable about your movie, definitely let him join. Because it's never a bad choice. I love asshole Matt Damon, don't ask me why.

By the time the credits rolled, I couldn't discern relief from disorientation, and my guess is that was somewhat incidental and also perfectly intentional. Cheadle's Goynes character does get a proper send-off and the pre-credits wrap-up does provide some clarifying context. However, the leftover mood in the credits was still unsavory. This script bluntly leverages the sting of merciless capitalism in juxtaposition with irreparable bloodshed - it's not exactly a galvanizing thesis statement on the human condition; if anything, it's closer to being the miserable lovechild of Debbie Downer and Brenda Bummer.

And to boot, I'm still not even positive I totally understand some of the plot mechanics (granted I've only seen it once). But after stewing on it, my takeaway is deceptively simple: The less I fully understood what was going on and embraced the uncertainty, the more I fully enjoyed it. A messy world wasn't going to have a clean ending, and not every loose end is meant to be deliberately sewn up (even if asshole Matt Damon tried to mansplain what catalytic converters are to me).

Maybe it's the exercise that matters, not the gains, right? I wish more filmmakers didn't give a shit and refused to cater to mainstream approval. I say confuse me more! And while Letterboxd douchebags might degrade those feeling overwhelmed by the script's lack of hand-holding (ignore those jerks), the crime genre is built on misdirection and some lingering level of confusion is apropos, if not desirable. Soderbergh understands this better than most and he has proven, once again, that he is more than comfortable at keeping his cards close to his chest. In fact, he might stash an ace under the table just to keep you guessing.

For some, this might've been a slog. For others, it's a welcomed novelty.

New Glarus Brewing Company's Kid Kölsch is unambiguously excellent, and one of this Midwestern brewery's best beers. This golden goose boasts some hazy, floral frills but is balanced out by its old-school, malty center. It's clean and precise, like a supercharged Soderbergh set piece, except there's no mystery at work with this brew. And even though its breezy flavor profile and effortless drinkability clashed with some of the angst and ruination at work in No Sudden Move, I felt more at ease with this kölsch in my glass -- with several backups in the fridge, of course. 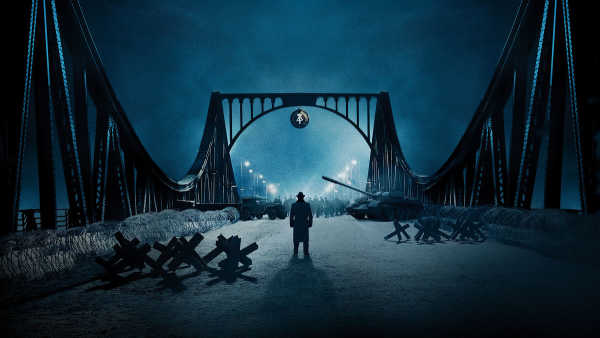