Here is Part 2 in our "Make The Case" series leading up to the Oscars! All week we will be expostulating how and why each of the ten Best Picture nominees have a chance at winning the top prize at the 94th Academy Awards -- no matter how likely or unlikely their chances may be. Stay tuned for our Oscars Preview next week as we gear up for the ceremony on Sunday, March 27th. As always, be aware that there will be spoilers aplenty.

Three years after Ready Player One, Steven Spielberg picks up the directorial helm for a remake of the classic musical West Side Story. Honestly that sentence in of itself is a case to be in the running for Best Picture for the 2022 Oscars!!

Starring Ansel Elgort and Rachel Zegler in addition to stellar supporting roles from Mike Faist and Ariana DeBose, West Side Story tells the story of the rival gangs the Jets, Sharks and the star crossed lovers between the two. Nominated for 7 Academy Awards, let's take a peek at what might be in store for Spielberg and Co.

So what makes West Side Story a contender for the top award?? Well first off, we've got a classic namesake in the traditional West Side Story musical, and you tack on Steven Spielberg on top of that?? That's an incredibly appealing combo to the Academy voters.

Outside of name recognition Spielberg certainly came for the crown with this film. His work with cinematographer Janusz Kaminski is top notch and adds impeccable beauty to 1957 New York. The mind meld that Kaminski and Spielberg have is astounding and is apparent as ever here, similar to their previous work such as Ready Player One, War Horse, Saving Private Ryan, War of the Worlds and countless others. The dynamic duo know how to frame a scene perfectly and the transferrence from musical theater to the big screen is transcendant. Look no further than the "Gee, Officer Krupke" number when the Jets are locked in the police department and explain their current mental state, and social parameters that caused them to grow up the way they did.

At a surface level its a beautifully choreographed number with papers flying everywhere and the set design lends a fantastic hand in molding the scene, but under the surface Spielberg has delivered a nuanced scene that is embedded in the core of our characters.

Another prime example is "Cool" when Tony (Elgort) and Riff (Faist) are fighting over the handgun and whether to bring it to the rumble or not. Full of theatrical jumps and trapeze like dance moves, it jumps off the screen as pure musical theater. However, the stakes are just too high and Kaminski and Spielberg continue to deliver a wonderfully flowing scene that pushes the character development forward for some of the lesser known Jets. It's a fantastic mesh of music, set design, cinematography, and just about everything in between!

Outside of Spielberg and Kaminski, we get sublime performances from Ariana DeBose as Anita and Mike Faist (chef's kiss) as Riff. DeBose is rightfully rewarded with a nod in the Supporting Actress category, but Faist has been horrendously snubbed after delivering one of the best performances in the film and of the year. I would equate Faist's performance to him eating up Cats and Dear Evan Hanson, chewing them up a little bit, spitting them out and then delivering a fantastic musical performance unlike anything you've ever seen. That's how bad those two movies are and how amazing Faist is. Seriously, watch West Side Story you'll understand.

So how can West Side Story bring home the gold? The Best Picture field is heavily favoring Jane Campion's exquisitely crafted The Power of the Dog but it really is hard to ever count a Spielberg film out of the race. A win by DeBose in a wide open Supporting Actress field could help bolster its resumé, but the other categories are as tough as they come. Kaminski in Best Cinematography might be able to pull off an upset against either Greig Fraser (Dune) or Ari Wegner (The Power of the Dog) along with Spielberg in Best Director against Jane Campion. It's wild that Spielberg is an underdog here, just off of name recognition, but Campion is going to be incredibly hard to beat. But should Spielberg manage to get the nod in Director and Kaminski gets the nod in Cinematography, I wouldn't be flabbergasted if we see an upset for the top prize!

Keep an eye out for Spielberg and Co. come March 27th and hopefully we get blessed with a Mike Faist appearance too! 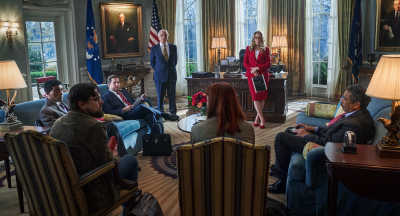 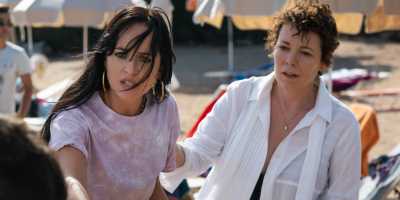