Part 10 in our "Make the Case" series leading up to the Oscars! All week we will be expostulating how and why each of the ten Best Picture nominees have a chance at winning the top prize at the 94th Academy Awards -- no matter how likely or unlikely their chances may be. Stay tuned for our Oscars Preview next week as we gear up for the ceremony on Sunday, March 27th. As always, be aware that there will be spoilers aplenty.

As our "Make The Case" series comes to a close today, our previewing of the Academy Awards will only continue to heat up next week. One of the films that we'll hopefully have more of an opportunity to talk about at length is one of 2021's best, Ryusuke Hamaguchi's extraordinary film, Drive My Car. It made its world premiere at the 2021 Cannes Film Festival last July where it competed for the Palme d'Or. While it didn't win the jury's top prize (Titane was selected), it slowly but surely has accrued immense critical acclaim and has become one of the most celebrated films released in recent years. You don't believe me? Check out this resume:

This list does not include the slew accolades it has won in Japan and other international film bodies, in addition to several American critics associations including Austin, Washington, Chicago, St. Louis, and others. In case that isn't impressive enough for you, it became one of seven films ever (and the first non-English-language) to win Best Picture from three out of four major U.S. film critics' groups (Los Angeles Film Critics Association; National Board of Review; New York Film Critics Circle; National Society of Film Critics)... I bet you're wondering what the seven other films were -- here's the list: Nashville, All the President's Men, Terms of Endearment, Goodfellas, Pulp Fiction, and The Hurt Locker.1 Just for the record, that is an absolutely incredible collection of cinema to be on a prestigious list with!! While only two of those seven films went on to win Best Picture (mind you, all seven of them were nominated), all of those films are now considered to be masterpieces. So, if we're trying to figure out whether or not Drive My Car has a chance in the Best Picture race as the Oscars, I'd say it automatically has to be taken seriously as a contender based on this critical adoration alone. Speaking of the Academy Awards, here is the list of categories Drive My Car received nominations for:

What this list lacks in quantity, it makes up for in quality. As the voting body in the Academy continues to expand and diversify, we are seeing an uptick in international films getting greater recognition in a wider assortment of categories. Beyond Drive My Car, there are two other major Oscar categories (not including Best International Feature Film) where non-English-speaking films picked up nominations:

The tide might be turning, my film friends. In 2020, Parasite (South Korea) became first film to win Best Picture at the Academy Awards (The Artist was the first silent film in French production to win Best Picture it was not submitted for the Oscar for Best Foreign Language Film due to it being ineligible). Bong Joon-ho, who is now considered one of the most renowned filmmakers in the world, also won for Best Original Screenplay and Best Director for Parasite. There have been other international films and filmmakers to break through in recent years at the Academy Awards:

This might be a slightly arduous exercise, but the point is this: the Academy is gradually evolving and Parasite winning Best Picture shows tangible evidence that Oscars are starting to not only recognize but award international films in a more meaningful way. Drive My Car could likely continue this streak. Ryusuke Hamaguchi being nominated for both Best Adapted Screenplay and Best Director will be a bullet point on the list I just presented a year from now, and the fact that it is also nominated for Best International Feature Film and Best Picture shows that it is an undeniable contender.

So how will it fare? What are my predictions? Well, as much as I loved The Worst Person in the World and Flee, I think Drive My Car is the clear frontrunner in Best International Feature Film (and deservingly so). However, while winning this category would be a great accomplishment, I think in some ways it would seen as somewhat of a disappointment by those who loved Hamaguchi's film. When I talked about The Power of the Dog (which is a truly great film) on Wednesday, I mentioned how if you were to place any kind of wager on the Oscars, I would recommend betting on The Power of the Dog (which isn't particularly insightful information but hey, I'm not expert here) -- it's been on one hell of a run and cleaning up at most of the recent awards shows. But like I covered earlier, Drive My Car has put together an impressive log of victories, too, and I'm starting to get a flickering of a feeling that there is an outside chance that it could win Best Picture. If the the voter profile of the Academy has changed and is more likely to consider international films within the most prominent categories at the Oscars, I'd have to think that a film with such universal praise like Drive My Car would have to be taken seriously. I'm not suggesting that it could complete a sweep (it is more than unlikely that Jane Campion goes home empty-handed next weekend) -- all I'm saying is that it might prove to be a closer race than we're anticipating right now.

If you haven't seen Drive My Car, please go check it out on HBO Max or wherever it is available (if possible, check it out on the big screen -- a sprawling film like this demands your unbridled attention). Who knows, you might be sitting through a three-hour movie that is a soon-to-be Best Picture winner. Remember, the tide is hopefully turning. 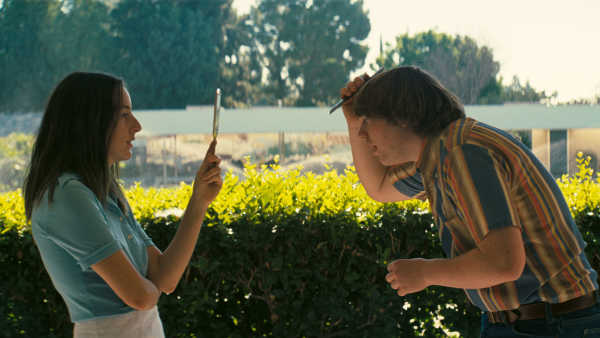