Irresistible is Bad, But Its Humor is Great 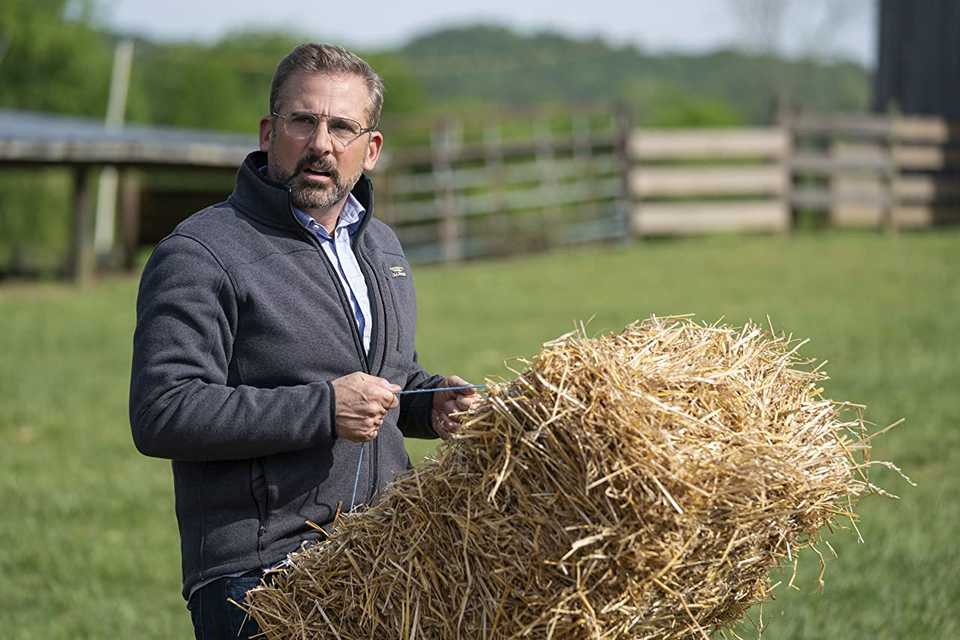 When I first saw the trailer for this movie, I thought they were really gonna lay into the political landscape of Wisconsin as a means for the punchlines. But Jon Stewart doesn't just focus his sights on the absurd state of Wisconsin politics. No no no, he doesn't hold any punches (or punchlines) back. He not only cracks some jokes about Wisconsin but about the whole political system at large (as well as the ridiculousness of both political parties).

And that's exactly what I came here for.

By all means this is a movie that is not good. The plot is clunky, and there are multiple very very strange love interests that really serve no purpose other than to obfuscate and confuse in the end. But that exposition and plotting is not Jon Stewart's strength. He is in the upper echelon of political satirists, which is why The Daily Show was phenomenal with him as the host (not to discredit Trevor Noah who is also fantastic). This movie's exploitation of America's stupid political systems worked because of Stewart's sharp wit.

Probably not the first time the joke has ever been made but as someone that was glued to the TV for about 5 days following this most recent election, the bit about having too many political pundits on one screen had me in stitches. There's nothing quite like having 20 people all yell at each other and tell you the same thing. 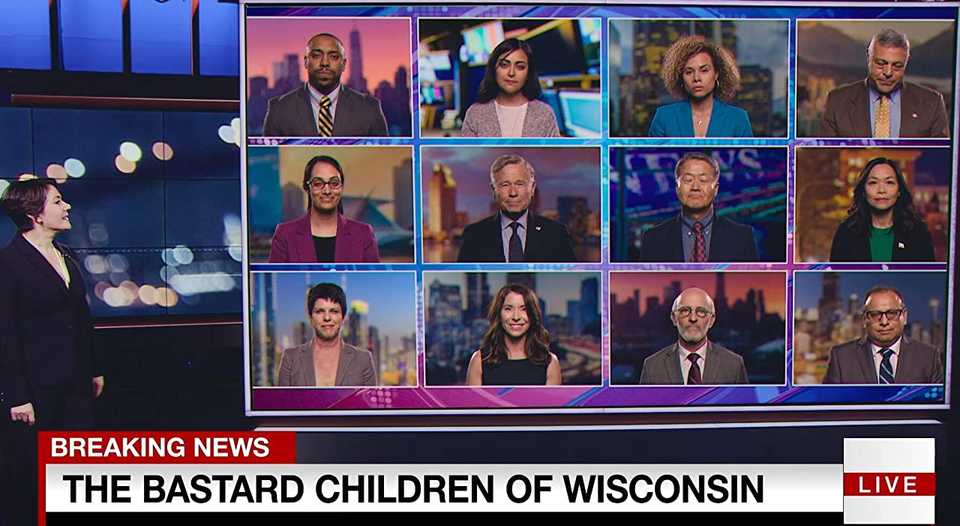 I mean come on, this is hilarious.

Not to mention Gary Zimmer (Steve Carell) breaking a sort of "4th wall" with TV interviews where he breaches the camera gap mid interview to yell at Faith Brewster (Rose Byrne) is some top notch entertainment I'd love to see in real life.

Yes of course I know some of you are thinking this movie didn't lean into the other side enough given this and that and blah blah blah. That's not the point of the movie- this is just poking fun at the system as a whole, which is why the end is so fucking weird and abrupt. Sure why not fake an election in Deerlaken, Wisconsin and funnel in north of 4.5 million dollars for the town??? I'm not one to question the legitimacy of that either seeing as our political financing rules are some of the dumbest and purposefully complex things on this planet. I know more about the mating rituals of the prairie vole than what the hell a super PAC is.

All in all, if you come into this movie with the right mindset and are ready to laugh at others as well as yourself, than you're going to have a great time. If you're looking for some kind of rom-com, this is not it, as the rom is really really really bad. The com is good though.

As a Wisconsinite, my biggest qualm was the outrageous lack of Culver's and "ope".

Honestly does anybody understand politics? I don't really think so, I wouldn't mind having a job as a political analyst and spew some nonsense about who's going to win some district based on the weather forecast of the previous moon cycle. Irresistible plays on the confusion and complete labyrinth of political analyses and financing. Essentially its all just one big amoebous enigma. OH BOY did I pick the perfect beer!! The Enigma Slightly Hazy IPA is a limited release from Fremont Brewing and is a home run. It takes its essence of being slightly hazy and slightly something more and runs with it. Not too bitter and not too fruity but with ample taste on both ends, a rousing success. Will definitely help me power through this 5 hour long Youtube dissertation on what the fuck a Super PAC is.