Somedays you look in the mirror and you just think to yourself, you know what? I think I'm gonna watch a terrible movie today.

One you feel deep in your loins that is certainly unbearable. Almost so bad that if you think it's operating on some meta-satire level that is maybe making fun of how bad it is which makes it... good?

Such a deep mataphysical question on the reality of the medium we consume is worth the 90 minutes of pain and agony - ah who am I kidding.

The movie I'm talking about is He's All That starring Addison Rae and some other people I'm not positive who they are, and I realize its a quick Google away but whatever. This movie hurt my brain, my body, and my soul.

Yeah yeah yeah I knew what I was getting into, but it was almost too bad to look away, kind of like the new Cinderella (from what I hear, I'm not strong enough to go through this again).

While this movie was a pile of hot tik tok dance garbage, it's an interesting exposition on the state of fame and social media in today's society (I'm trying really hard to be deep on this one people). Addison Rae plays essentially another form of herself, but get this, in a movie! Crazy stuff people. Anywho her name is Padgett Sawyer and she's a high school influencer type of person who goes berserk on her boyfriend pop star sensation Jordan Van Draanen (Peyton Meyer) for cheating on her. The whole encounter is live streamed because life doesn't exist outside of a screen and that threw her whole life into turmoil (oh no!). In order to regain her status as... a person? I'm not quite sure why she'd lose her sponsors for throwing cupcakes at a cheating boyfriend, but this is why I'm not a screenwriter people, I clearly don't see the big picture. But basically she makes a bet with this part-Peloton part-Kardashian centaur hybrid person (you'll understand if you put your eyes on this thing) that she can give a makeover to a man in an awful wig, the one and only Cameron Kweller (Tanner Buchanan).

So where could a compelling story like this go wrong??

First of all, the camera work and direction is atrocious. The scene cuts are outright jarring and make you feel like you're wandering through a house of mirrors, and all of a sudden you encounter your doppleganger who locks you away in a subterranean lair and takes over your life.

Aw shit wait that's the plot of Us.

See how confusing that was? That's the camera work for this film.

The whole premise of the movie stands on the point in time in which Padgett walks in on Jordan cheating on her with a backup dancer. But the way the shot is filmed and the cut is disorienting and horrendous, all the while it fails to deliver the emotion that the character arcs are based on. It reminds me a lot of the editing in Bohemian Rhapsody, and before anyone clutches their pearls I will remind you, the editing in that movie was also atrocious. (Hopster tidbit: Do you know/remember that Bohemian Rhapsody not only won Best Film Editing at the Academy Awards, but it also won the American Cinema Editors Award for Best Edited Feature Film – Dramatic, aka the specific film guild comprised of reknowned film editors that honor and recognize this specific craft within the filmmaking process? How is that even possible? Sorry the for interruption, please continue).

After all the shitty camera work and directing we take a peek at the writing, which I assume was written by a group of 30 people who each took a turn writing a page and you had to build off of the previous page. Like a really weird game of telephone, maybe this new version is called typewriter or something... Call me Hasbros I have an idea, nobody is allowed to steal it.

But all of the dialogue in the film is garbled nonsense and feels so out of place. Jordan and his posse throw a shake in the trash and it spills on Cameron (taking a picture of the garbage of course) who then yells "fascists" at them. It makes so little sense I would guess its a joke. And did I mention the awful wig already? It's an atrocity, no shit this makeover is gonna be insane when the man being made over has hair with the consistency of copper wire.

But really the writing, combined with acting, can be boiled down to two specific moments: The Teenage Nightmare, and Prom Night Dance Off Marathon Extraordinaire.

At this point you may be asking yourself, "my goodness was there any redeemable quality to this adventure???"

And the answer is a resounding YES. Redemption thy name is Matthew Lillard!!!

Matthew Lillard graces the screen for a brief period of time as high school Principal Bosch but my goodness does he seize the moment. He's just as charasmatic and magnetic as ever, especially since watching him in childhood favorites like the original She's All That, Scooby-Doo, Scooby-Doo 2: Monsters Unleashed, and Without a Paddle.

Ok maybe the last one shouldn't be considered a "childhood favorite," but it's entertaining and Lillard is fantastic, as always.

He steals the show and has the only good lines in the movie, with him at the end of the film it leaves you with a smile on your face. But the smile is only for Matthew Lillard, nobody else, there will be no sharing that smile.

However, much like the previous moments that went on for far too long, I too have rambled way too much about this movie. Don't waste your time people, it's not worth it.

Oh where to begin.

Basically I made the terrible mistake of only having one beer during this movie. Whereas I needed about 12.

However, the one I did have was great and from one of my favorite breweries out here in Seattle, Reuben's Brews. Given the end of summer is upon us the wonderful folks at Reuben's graced us with a wonderful winter prep IPA called the Stay Frosty IPA. This beer has a rather low IBU for an IPA, at only 50, which makes it taste a lot like a smooth lager which is great for this time of year. But the higher ABV make it hit like an IPA and I certainly needed it while watching this movie. I love a great seasonal and definitely recommend anyone who is a fan of both lagers and IPAs to give this one a whirl! 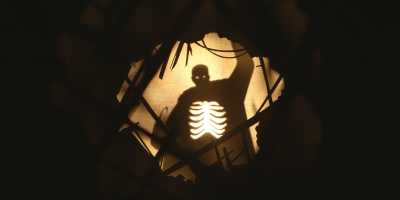