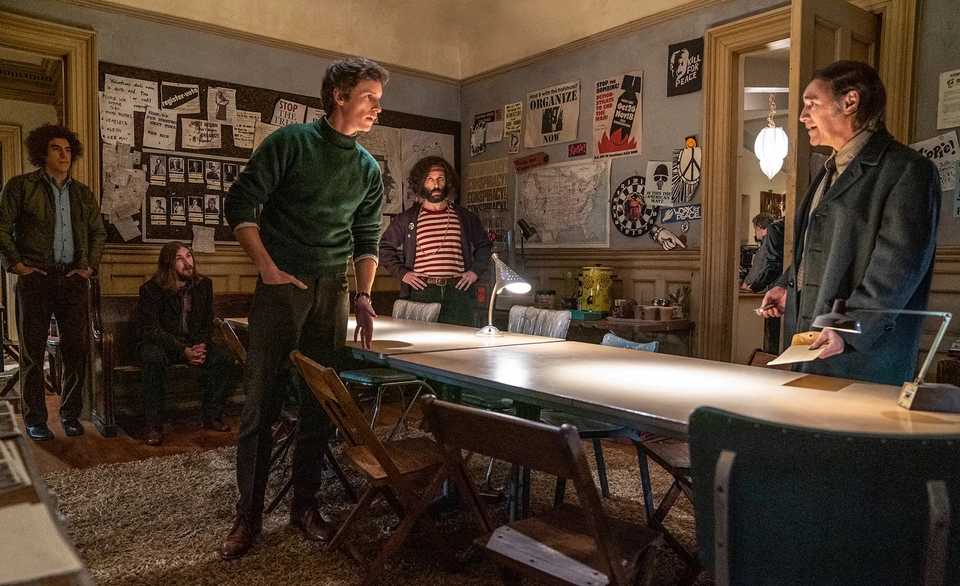 Catching up prior to the Golden Globes


A few weeks have gone by since my bloodthirsty rant where I marveled over how the Hollywood Foreign Press Association remarkably continued their time-honored tradition of sticking their Globe up their Golden ass again this year. But things have gotten worse, much worse. At the time, I was only commenting on the eligibility windows and the newly released list of nominees! Since then, a lot of reporting has swirled around the lack of voter diversity in the HFPA (not a single black member, HTF-WTF) and around the "ethical lapses" related to inferred "vote-buying" for certain projects (LOL and for of all things, Emily in Paris). Both of these topics aren't necessarily revelatory, but they are completely unacceptable. Talk about a culture riddled with corrupt behavior, tone-deaf privilege, and discriminatory bias. In retrospect, any complaints that I previously ranted about are now rendered trivial.

Rather than write a generic and dishonest "Who Will Win and Who Should Win" article for this year's Globes, we are going to try and approach this a little differently. We'll still weigh in on each category and give an unscholarly prediction (because you all know damn well we haven't seen everything that's nominated), but hopefully our opinions and analysis will feel honest and transparent in a way that salvages some of our inevitable ignorance and favoritism. In a way, that's all we really have to offer anyways. And that's transparency at its finest, baby!.. which is more than the HFPA can lay claim to. Let's dive in. 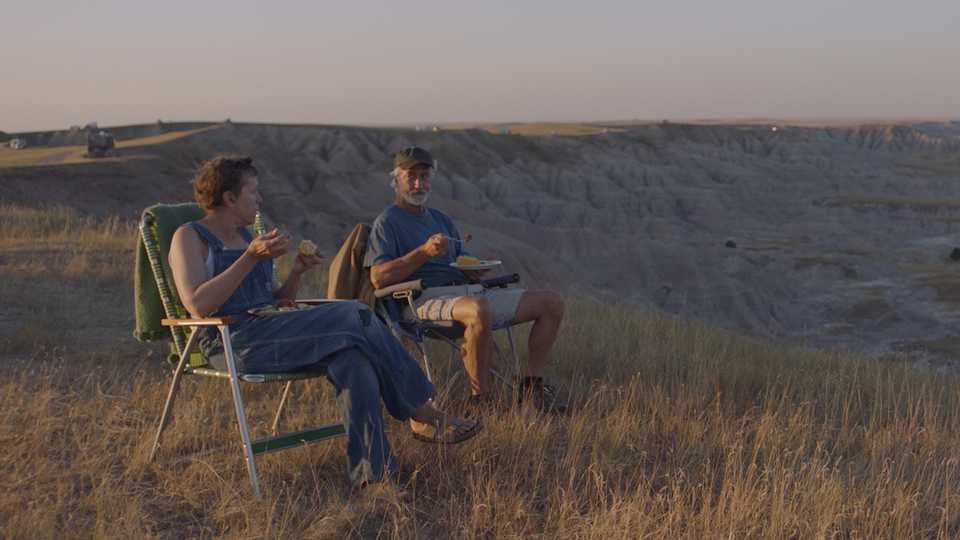 Isaac: Nomadland is a freight train running full speed downhill, there is no avioding it. It is going to win. It's won too many awards leading up to this to NOT win a Globe. Of all the awards it wouldn't win, I don't think the Globes of all things would be the one to fuck it up.

Hopster: To my chagrin, I think The Trial of the Chicago 7 is going to win on Sunday. While it's not even close to being the best courtroom drama dealing with institutional racism and police brutality that came out this year (that would be Steve McQueen's Mangrove), it has a lot of things going in its favor. It has received the full weight of Netflix's support and viewership; it is directed and written by a well-known and highly regarded writer/director in Aaron Sorkin; it stars Borat, JGL, and Newt Scamander (among many others); and it is both timely and uncomplicated. It may very well be the fifth best film of this group, but it has +120 betting odds at the time I'm writing this, so don't be surprised. 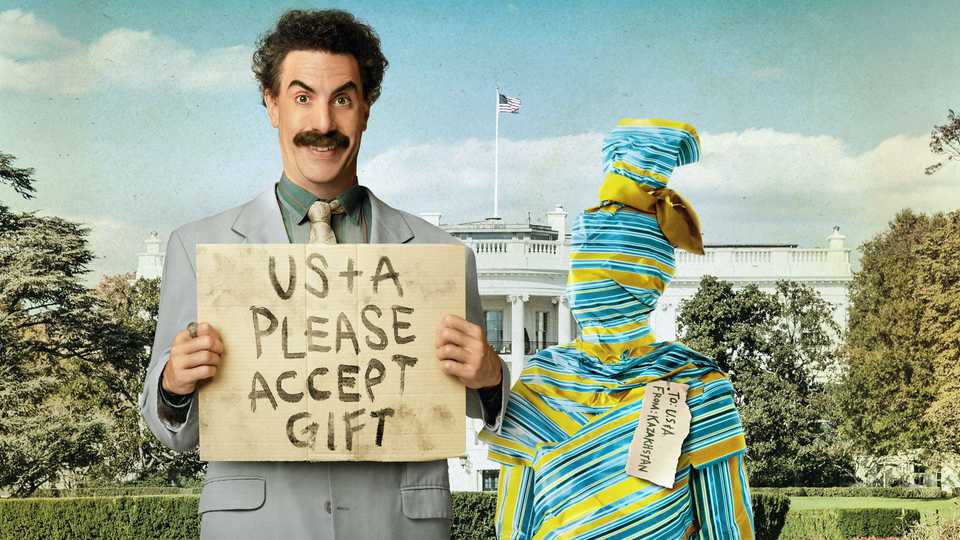 Isaac: I don't think I've wanted anything more in this world than to have Sacha Baron Cohen win an exorbitant amount of awards for Borat Subsequent Moviefilm. If you disagree with me, then I don't like you. If Music wins, I think I'm going to quit watching movies AND listening to music altogether. However, when it all comes down to it, I think Hamilton will walk away with yet another win. The phenomenon continues and deservedly so. Also Leslie Odom Jr.- what a year, WHAT A YEAR.

Isaac: Sorry to jump in here again but I just wanted to say that previous statement made me spit out my coffee. 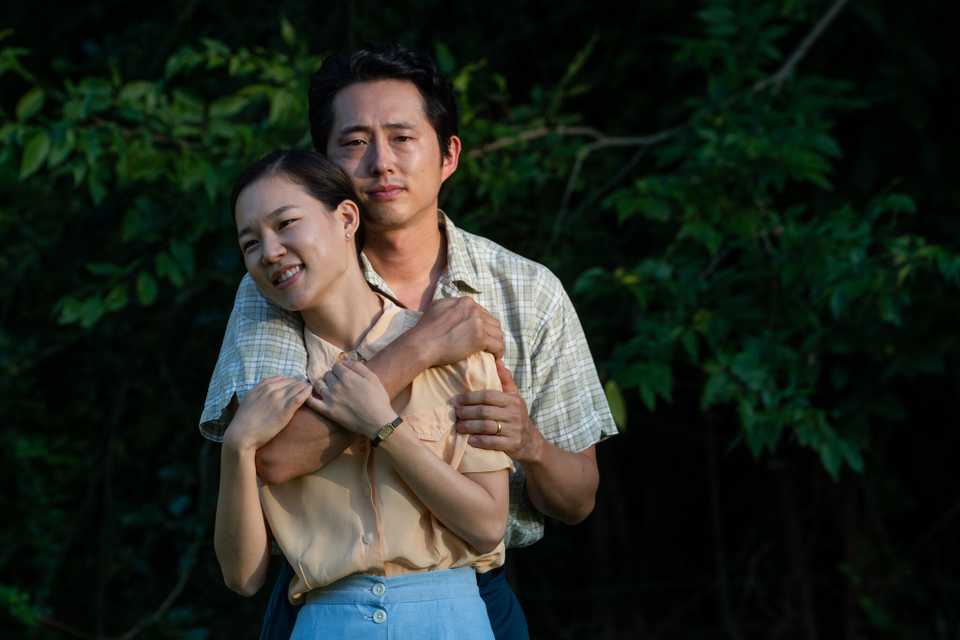 Isaac: It is nothing but complete bullshit and relative racism that Minari is listed here. I know there is some weird rule, but I mean come on, "Foreign Language?" It's literally in English. Although I have resentment towards this being nominated in this category, I think it will win.

Hopster: Again, Minari shouldn't even be here, but I think it will win. If you're looking for a spoiler, it might be Another Round.

Isaac: Ahhhhhhhh this one is trickyyyyyyy. I think it's between Onward and Soul, with Soul probably inching away. Although, there's been a lot of good buzz from Wolfwalkers (and getting its own TV show spinoff), so that would be a fun dark horse to win.

Hopster: I'm picking Soul. When Pixar produces something this thoughtful and affecting, it usually means they have a winner on their hands.

Isaac: Definitely a tight race here! I think this is between Regina King and Chloé Zhao for sure. I think in the end it goes to Regina, which I am 100% here for. Her ability to create a film with four absolute icons having a conversation and in-depth discussion across so many topics and themes, and it's a huge success?? That's impressive and deserves recognition.

Hopster: Three women being nominated in this category is historic, and I'm guessing that Chloé Zhao's breathtaking work in Nomadland will be rightfully acknowledged. Fiction and non-fiction are seamlessly interwoven, and the result is one of this year's best films.

Isaac: Yes!!! With all of the bullshit and nonsense in the HFPA we can't let it overshadow the historic best director noms. Kudos to what Chloé Zhao, Regina King, and Emerald Fennell have accomplished.

Isaac: This one is a tough one, seeing as I have a hard time ranking screenplays, as well as the consistency of this category. So I'll just say it would be really cool if Emerald Fennell won. Promising Young Woman is an exciting new story that deserves some recognition.

Hopster: This is what Sorkin does. So, if his movie wins Best Drama, you'd have to think that he'd win this category as well. But, considering my beloved Mank did garner the most nominations heading into the Globes, this might be a great opportunity to throw it some love. And the fact that this would be awarded to David Fincher's late father, Jack, would make for a truly great moment. 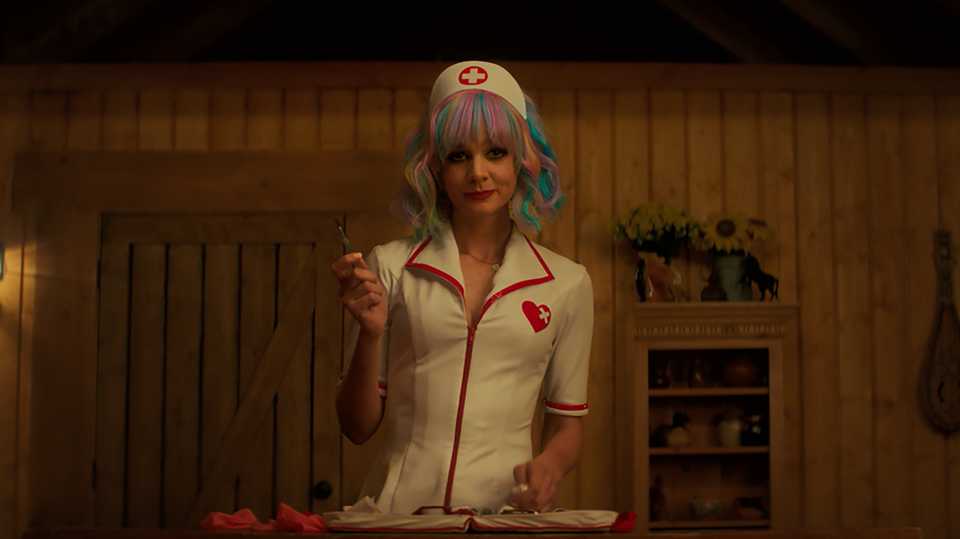 Isaac: The United States vs. Billie Holiday is a messed up ride, and honestly I wouldn't mind seeing Andra Day walk away with this one, a powerful performance.

Hopster: While I still haven't seen Promising Young Woman, it does seem like Carey Mulligan is getting real buzz. If the other two real contenders are Viola Davis and Frances McDormand, two women who have more accolades to their name other than any woman not named Meryl, I could see voters spreading the love and awarding Carey. 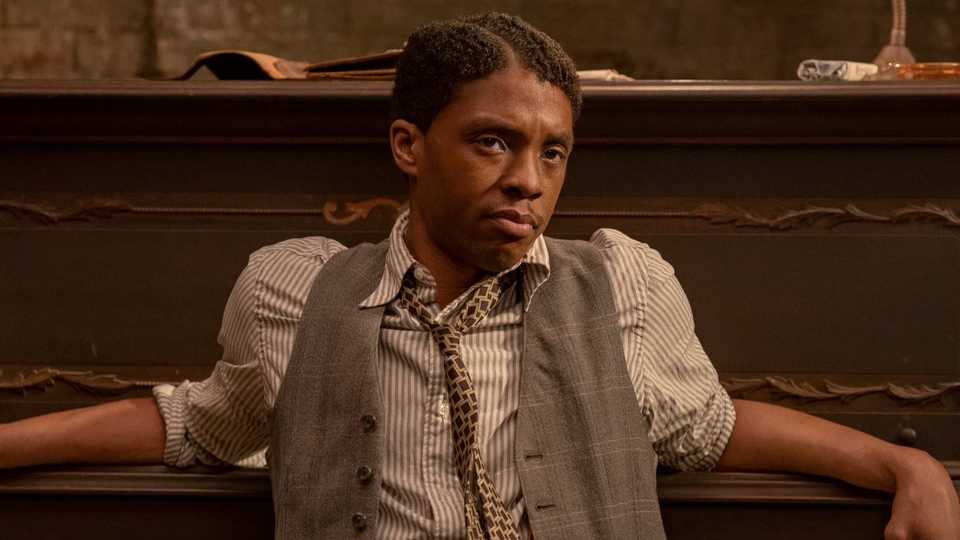 Isaac: I have been a Riz Ahmed truther since day one. Give Riz his globe and give Riz his Oscar.

Hopster: As wholesome and pure as Isaac's support for Riz has been, I'd be shocked if Chadwick Boseman did not win here. And his victory would be no less deserving. 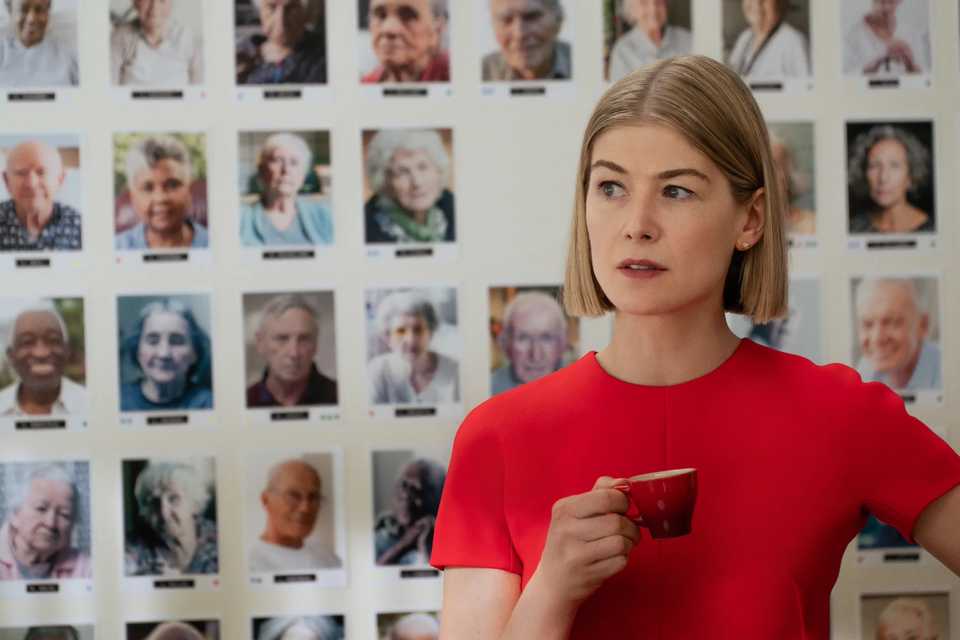 Isaac: Michelle Pfeiffer is amazing, and I would not be upset if she won at all. But yet again, I am drawn to rooting for Borat Subsequent Moviefilm breakout star Maria Bakalova. She went through hell and back in that film and had to be in a room with Rudy Giuliani, give her everything.

Hopster: This is a weird category. The way I see it, Anya Taylor-Joy is the frontrunner for Best Actress – Miniseries or Television Film, so I'd be surprised to see her win here. I'm not sure enough people saw Michelle Pfeiffer in French Exit, and I'm all but certain that Kate Hudson will not be winning for Music. Maria Bakalova is probably the safest pick, but keep an eye on Rosamund Pike. She's been nominated twice before for a Globe (with no wins), and her presence at the center of a recent Netflix release cannot be dismissed. 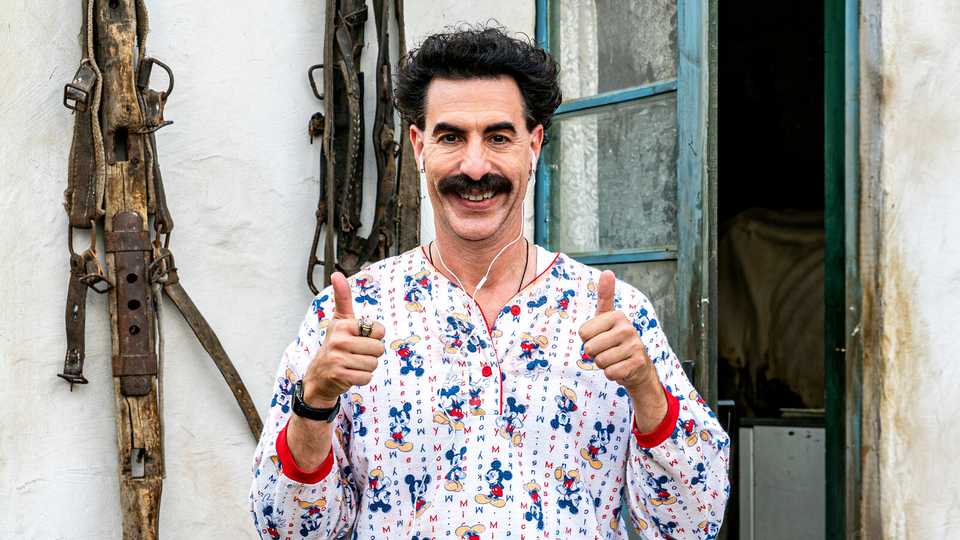 Isaac: Huge fan of Dev Patel, also a huge fan of Andy Samberg in Palm Springs, seeing as he went against his own grain about as much as he could. But Lin-Manuel Miranda decimated the screen in Hamilton. He sang like an angel and rapped about American history, which let me tell you is nuts. I wish my AP U.S. History teacher did that- I would've learned a lot more about the Louisiana Purchase, or anything in general.

Hopster: My guess is Sacha Baron Cohen wins this, kick-starting what is likely to be, a final victory lap for his legendary Kazakhstanian character. I'm still pulling for Andy Samberg, but mostly because I've been cruising through Brooklyn 99, and my life is better because of it. 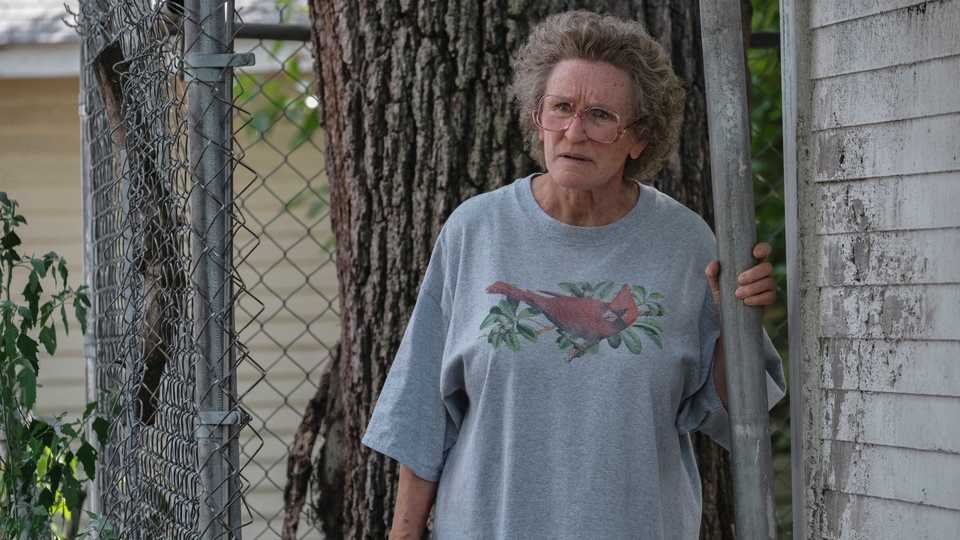 Isaac: GIVE GLENN CLOSE ALL OF THE AWARDS PLEASE FOR THE LOVE OF GOD.

Hopster: Even though Olivia Colman is on one hell of a hot streak at awards shows, I think the buck stops here. And despite Glenn Close's flagrant ring-chasing at this point, I'm predicting Amanda Seyfried prevails. Or maybe I'm just hoping for that outcome? 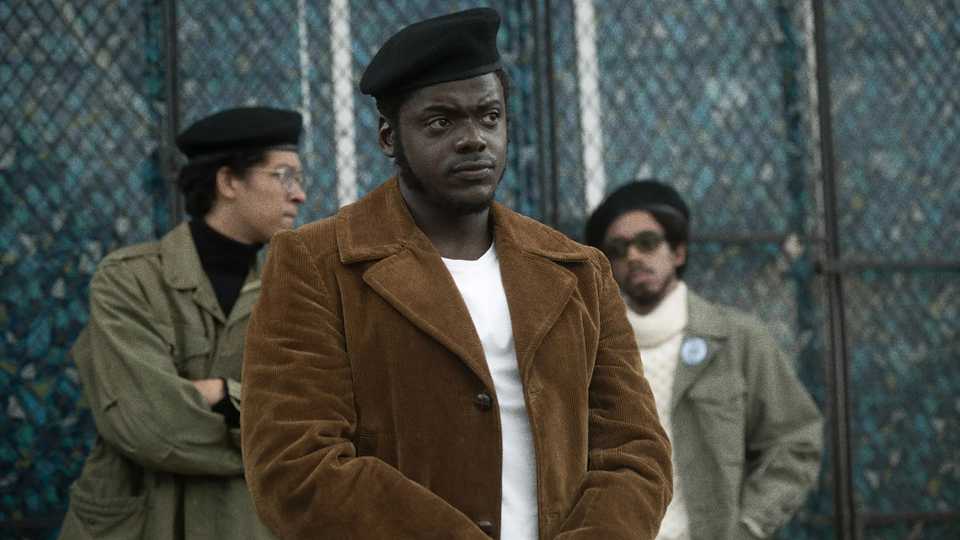 Isaac: This is a race between Daniel Kaluuya and Leslie Odom Jr., I promise you. There's no way anyone is even in the same realm as those two. Daniel is AMAZING as Fred Hampton in Judas and the Black Messiah and Leslie is soulful, hurting, and passionate in One Night in Miami. This is a real toss up, but I would have to give the edge to Daniel Kaluuya, his transformation and performance is immaculate.

Hopster: What do Bill Murray, Leslie Odom Jr., Sacha Baron Cohen, and Jared Leto have in common? Nothing specifically, other than the fact they should lose to Daniel Kaluuya in this category. The aforementioned four represent the sort of category quirkiness that can sometimes make the Globes an entertaining affair... but this one undoubtedly belongs to Kaluuya.

Isaac: I would be a fool to bet against Ludwig Göransson. An absolute fool. Also he made some of the music with distorting Christopher Nolan's breath??? This is some wild reprisal of Bane in the Nolan-verse.

Hopster: Remember when I complimented Trent Reznor and Atticus Ross in my Mank recap? While I would normally look at this and assume that any double-nominee would split votes, I'm still predicting that they, along with Jon Batiste, will win for Soul. Göransson and Desplat are already superstars, JNH's score is tied to a seemingly forgettable movie, and Mank will win (or should win) elsewhere. 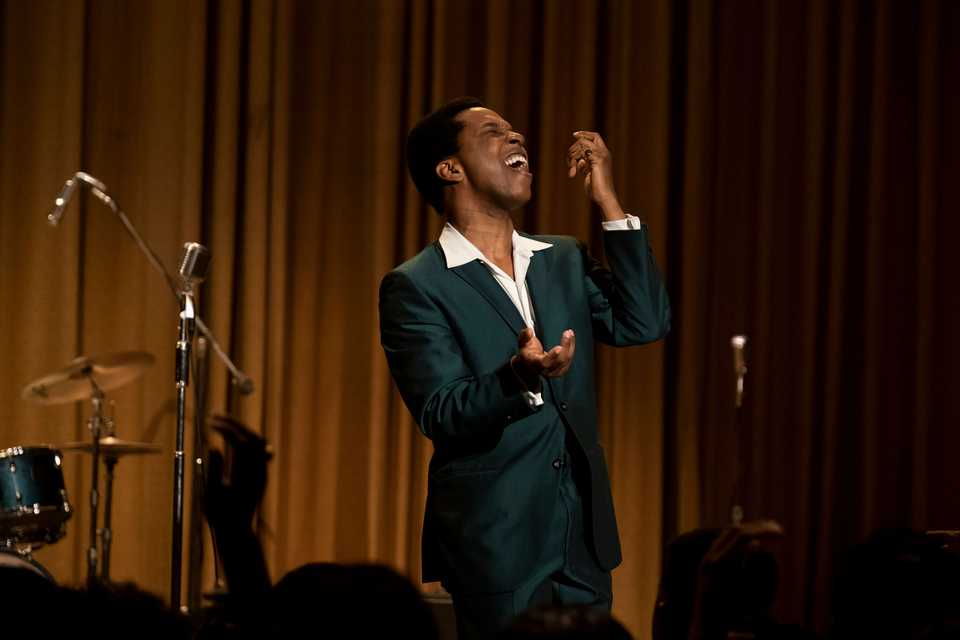 Isaac: WHERE IS WUHAN FLU????? I demand more Sacha Baron Cohen, MORE. But for real I think "Speak Now" from One Night in Miami is too powerful a moment in the film to miss.

Hopster: Seems hard to belive that the Globes will miss on the opportunity to award any Hamilton disciple in the mix, so I think "Speak Now" is a good pick. Plus, Leslie Odom Jr. is sings on the track, sooo you can't really go wrong. Though after briefly previewing each of these songs on Spotify, H.E.R.'s "Fight For You" is definitely my favorite of the bunch.

Annnnnnnd just for the hell of it, we're going to make predictions for the television categories, too (below in bold). 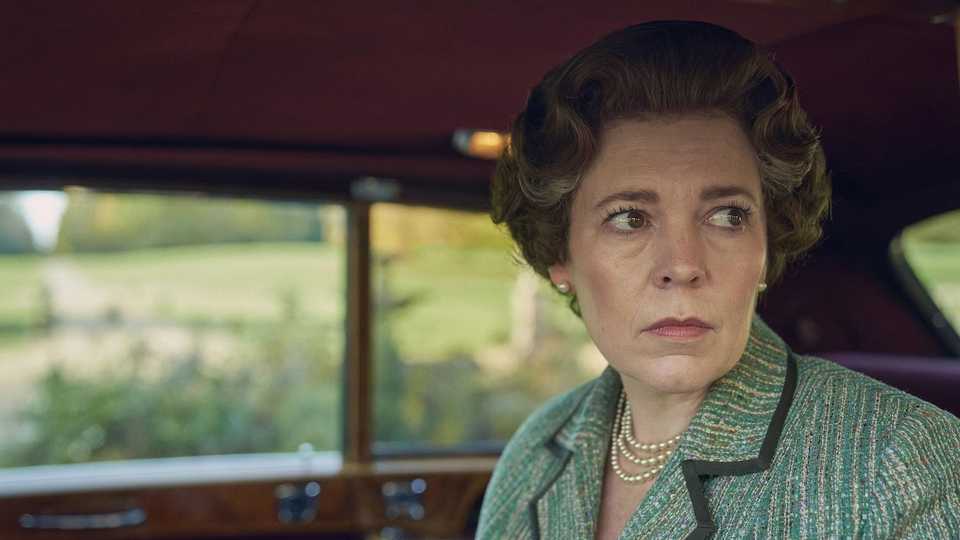 Best Performance by an Actress in a Television Series – Drama

Best Performance by an Actor in a Television Series – Drama 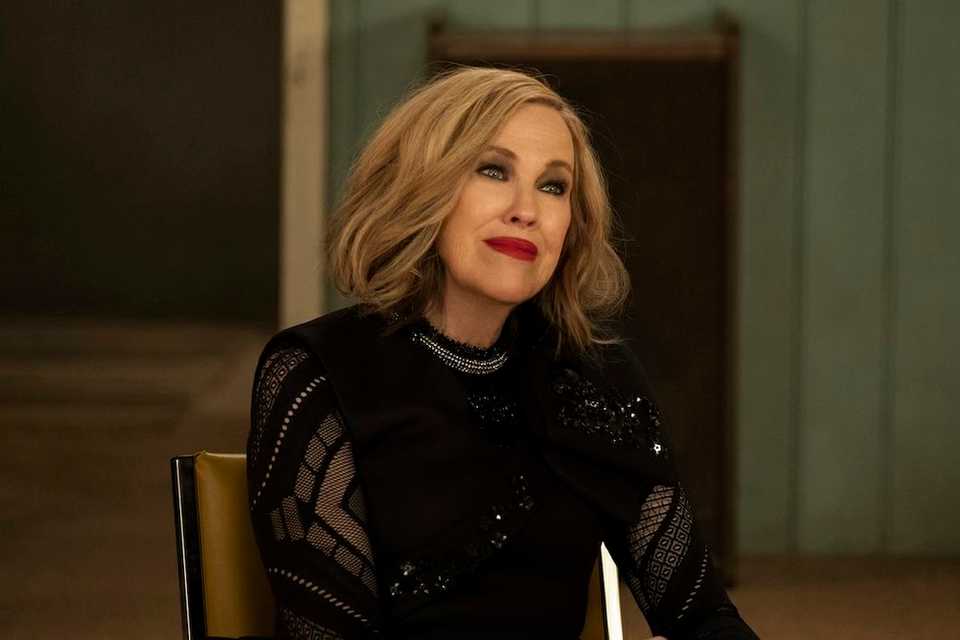 Best Television Limited Series or Motion Picture Made for Television 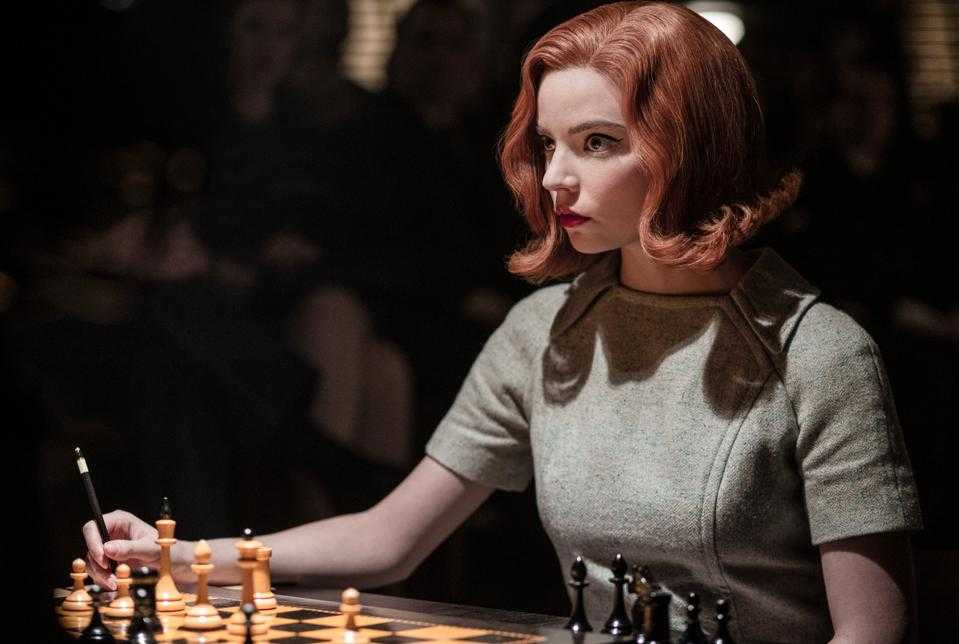 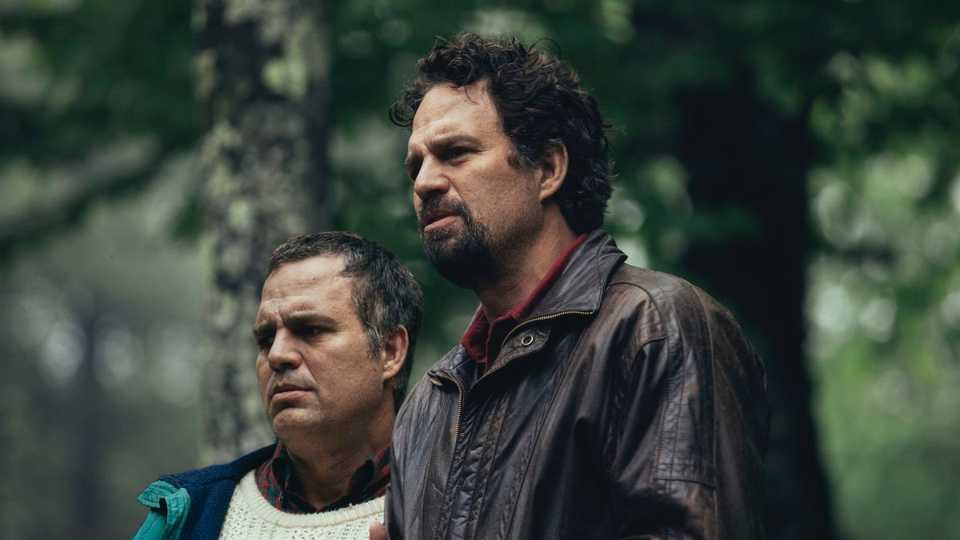 Best Performance by an Actress in a Supporting Role in a Series, Limited Series or Motion Picture Made for Television

Best Performance by an Actor in a Supporting Role in a Series, Limited Series or Motion Picture Made for Television