I really didn't want to waste time thinking of a clever title when all my energy should be spent writing about the most magnificent cinematic moment of the year, if not the decade.

Dune is the moment.

Now as a person that has read the book I'm clearly better, just kidding, but in all seriousness if you've ever heard anything about how ridiculous it is to adapt the book into a movie, believe it.

Reading Dune is no small task and Frank Herbert takes no prisoners in his writing style. The reader is flung into the throngs of jargon and sci-fi mumbo jumbo without as much as a descriptor explaining what it all means. You read words like "gom jabbar" and "bene gesserit" along with learning about the whole history of House Atreides in lightning fashion. If you're not ready to assume some meanings or just kind of wait for things to reveal itself then you're on a fast path journey to the appendix and back.

The way Herbert frames his plot though is the real conundrum here for those interpreting the book into a movie medium- there's just an insane amount of internal dialogue and tension.

If you couldn't tell from the movie a lot of what Dune sits upon is the idea of prescience- seeing the future before it unfolds. But on top of that there's about 85 different sub-plots between factions all with their own motives and goals. I'm referring to the Atreides, Harkonnens, Bene Gesserit, Fremen, Lady Jessica all on her own or even the Padishah Emperor Shaddam IV, all of their goals are unveiled pretty quickly in the book but take a while to unfold of course (otherwise that would make for a rapid read).

But of course including all of those elements in a movie would eliminate all of the anxiety inducing, edge of your seat guessing that Villenueve weaves throughout his- dare I say, masterpiece.

I consider myself a rather stingy user of that word, masterpiece.

But after what I watched in Dune, I'm still undoubtedly moved by it just thinking about it while typing this, I'm confident that Denis Villeneuve has put together such a cinematic feat I can't help but to apply the label.

Indulge me on my reasoning here.

First and foremost this was not a normal science fiction adventure that everyone anticipates it being when they see the plot and/or the trailer and blah blah blah. Villeneuve had such a wide vision for the sheer scope of the elements at play here its hard to not step back and just admire it. The shot above the water on Caladan as the Atreides ship slowly emerges from the depths into the sky is terrific, and you see how large and in charge these objects are. The same goes with the spacing guild's transporters which dwarf the Atreides ships in comparison.

Aside from the scope of everything and bringing a massive, and I mean massive sci fi universe to life Villeneuve did what I couldn't even fathom doing.

Well he and cinematographer Greig Fraser did it I should say.

They shot the living shit out of this film.

The framing of every shot, I mean every shot, is absurd. Its breathtaking, undeniably beautiful in every aspect and I never though I would feel the things I felt watching the sands of Arrakis wisp in the wind or the fear and nervousness as the Bene Gesserit leave their ship in a blanket of darkness and mystery. Literal symbolism and imagery akin to the operations of the sisterhood themselves.

Set design, costumes and makeup were perfection. The whole execution of Salusa Secundus and the Sardaukar was fantastic. Interpreting and displaying them as a sort of cult behavior and the brutality of basically a blood baptism with Piter De Vries (David Dastmalchian) there is bone chilling. Once more is learned about the Sardaukar and the planet they come from everyone will truly understand how horrifying of a view that is to behold. Not to mention the Baron Vladimir Harkonnen (Stellan Skarsgård) is such an imposing, terrifying, and menacing figure (again shot to perfection when on screen) its hard to believe that its the same man that was Bill in Mamma Mia. No I never thought I'd be making a Mamma Mia reference in a drolling love letter to Dune but hey that's the name of the game.

I could go on and on and I really want to but as of right now, let's see I'm writing this at about 11:30am on October 26th, Dune Part 2 was just announced by Legendary Pictures. So before I go celebrate with some champagne let's look back at some important story elements that were impeccably executed, and then look forward to the even more cinematic event, that will be Part 2.

As far as we know from the film the Harkonnens have acheived everything they wanted, Leto (Oscar Isaac) is dead and therefore no longer the hottest person in the universe (he is in my heart though) and for all they know the desert has taken Paul (Timothée Chalamet) and Lady Jessica (Rebecca Ferguson). However we know that Paul and Jessica have established themselves amongst the Fremen as Paul defeats Jamis (Babs Olusanmokun) in the amtal and remain safe as far as we know.

Some things to talk about this looking forward to Part 2. In the book Jessica is a rather cold and calculating figure. She remains relatively emotionless throughout the whole adventure aside from the occasional worry for Paul and her unborn child (very stoked for Alia, baby names are not spoilers people). But what Villeneuve and Ferguson herself added to the character was magical. She became a more interactive and human character that displayed a full spectacle of emotion and intelligence on the screen. The Voice was amazing to see played out on the screen and I loved the interpretation of it. I also loved her incantation of the Litany Against Fear while Paul dueled the challenge of the Gom Jabbar, she just added some well deserved layers to a crucial character! Given this new range of emotion and character development I am most excited to see how Ferguson will continue to evolve the character as Jessica faces some incredible events in Part 2. Furthermore if she doesn't crack into the Supporting Actress race this year then Part 2 will be a full blast effort to get her that Oscar, because Jessica brings it.

Additionally we get a glimpse of the Jihad for Muad'Dib, the "God" name for Paul, in his tent vision- side note that was an Oscar level scene from Timmy there. I'm really looking forward to the unfurling of Paul's relationship with himself, his visions, Chani and also with his mom Jessica as the story progresses and his power grows in Part 2.

Here I am rambling again but those are 2 character arcs I'm amped about. And now here are some new characters for Part 2 that have to be in it so I'm gonna talk about who my dream casting is.

Feyd-Rautha: Feyd Rautha is a slimy little son of a bitch. He's the nephew of Baron Harkonnen and is the heir apparent after the Beast Rabban's reign ends. He's very different compared to the Harkonnen's we've seen so far in that he not only has a cunning intellect and is more of a "schemer" but also is the literal opposite of an imposing figure. He's essentially a Harkonnen equivalent of Paul, but crueler.

Dream casting: Barry Keoghan - I love Barry, and I love everything he's been in. If he can be cast as Feyd-Rautha here and does anything close to some sort of love child of his scavenger character from The Green Knight and his terrifying character from The Killing of a Sacred Deer then the core conflict in Part 2 is gonna be amazing. He also tweeted a rather cheeky tweet after the announcement of Part 2 so... maybe???

Padishah Emperor Shaddam IV: Now this is a tough one and I think I could have quite a few options here. The Emperor is the ruler of the known universe and no don't think about the Emperor from Star Wars because this one doesn't have lightning fingers. But just like every other character in Dune he is cold, calculating, and terrified of not being all-powerful. If I were to cast someone as book description then I would be looking for a slender red-haired man and would probably lean for Damian Lewis. But if I get to dream then...

Dream casting: Idris Elba- honestly I just want him in everything. And if I can't have the Idris Elba James Bond that we all deserve then give me Emperor Idris Elba. Plz.

There's plenty of other characters in Part 2 to be stoked about (Princess Irulan and Alia) but if Barry and Idris are in it, or if there are other ideas I would love to discuss as I go watch Dune about 9000 more times.

This score is the greatest thing to grace a screen in I don't even know how many years. Get this man an Oscar now, now.

Currently saving the soundtrack on Spotify so that I can bask in all of its glory.

The cinematic event of the decade requires a beer to be on a similar level.

Luckily I was prepared for such an event.

Not long ago my favorite brewery, that I probably drink too much beer from, Fremont Brewing released their 12th Anniversery Stout with Cherries as a limited 2021 release. I luckily was able to snag a bottle and kept it in my sweet sweet reserves until the appropriate moment.

What transpired for the next 2.5 hours, not only on the screen, but with my taste buds was a revelation in sensory bliss. THIS is how you make a stout ladies and gentlemen.

Upon first opening the bottle, after chipping away the dipped wax covering the cap, you're hit with an aroma so dreamy you'd think it belongs to the spice melange itself. You get a magical aroma of chocolate, malt, cherries and a wonderful warmth that can't be described in words. Pouring it is almost like an out of body experience, you see the thick viscous flavor cascading out of the bottle, settling into a beautifully dark head.

The taste??? The taste was outrageous. This hits hard with a thick classic stout flavor full of warmth, vanilla, hints of caramel and lots of woody/whiskey notes. Ultimately the beer finishes with a fantastic chocolate flavor that grows the more you let it sit, ending with a wonderfully sweet finale.

All in all this was well worth the wait, much like Dune, and if I can somehow finagle another bottle I most certainly will. Because I need this stout to flow. 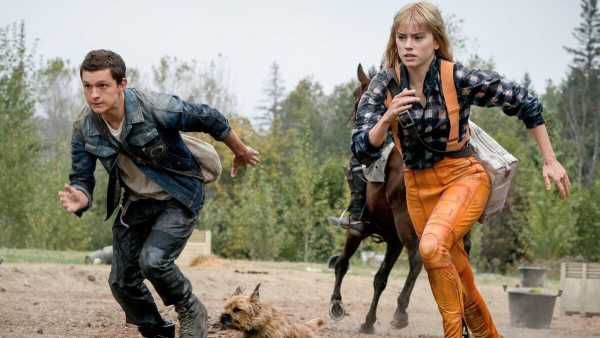 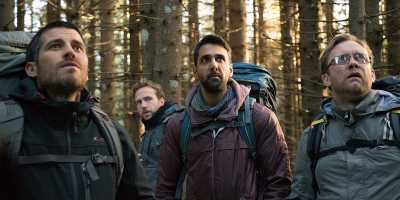 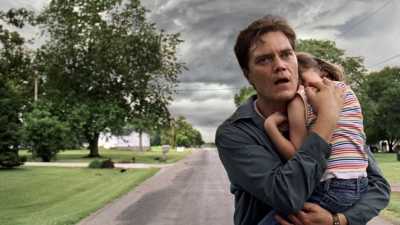