Buy Me Some Peanuts and Cracker Jack

With the Major League Baseball season starting last week, it felt like the perfect time to revisit the best baseball movies ever put to film. Obviously, this is one beer drinker's drunken opinion, but I'm convinced I've come up with a respectable list that chronicles the full breadth of the genre. Check out what I came up with, and let me know what I missed on!

It's in the conversation for one of the worst movies I've considered for a ranking on this website to date -- and yet, I'm still inclined to include it on this list. It's intentionally very dumb, oftentimes cruel, and feels as dated as any other relatively successful sophomoric comedy from the mid-2000's. This is the quintessential Adam Sandler movie that doesn't star Adam Sandler, and while he might've elevated this to something closer to The Waterboy, it's at the bottom of this barrel.

What could've been, eh? Here's a Sam Raimi-directed adult-baseball drama starring a nearly washed-up pitcher (Kevin Costner) reckoning with his squandered relationship to an ex-flame (Kelly Preston); it also stars John C. Reilly, Brian Cox, and J.K. Simmons (which in current day is mind-bendingly bizarre); former Dodgers' broadcaster, Vin Scully also calls the play-by-play in the movie. On paper it's all there, but this ends up being a numbingly stiff and emotionally flat Hallmarkian movie that coasts on Costner's established baseball persona from films he made earlier in his career.

Not nearly as engaging as Air Bud: Golden Receiver or Air Bud Spikes Back (my personal favorite), but this is a worthy entry into the Air Bud extended universe. The side-plot of Buddy's puppies getting kidnapped by hard-science-driven-researchers (and Rocky Raccoon -- who is in fact, a real raccoon), who are trying to determine whether they have special gene that might aid in their ability to play sports, really dials up the drama. I would hate to spoil the reveal for you, so definitely check this one out!!! What an excellent baseball movie.

Billy Heywood is a 12-year old kid turned heir to the Minnesota Twins baseball team and promptly takes over management during a losing streak. This is perhaps the most egregious case of reported nepotism that didn't happen at the White House during the Trump administration. But this is an essential entry into the nostalgic era of when kids took over the MLB in the early-to-mid 90's.

While I certainly don't think this movie passes the 2022 sniff test (the white savior complex at work here is especially nauseating), I'm advocating for it if only to maximize awareness for the fact that it stars a very young -- and yet still undeniably magnetic -- Michael B. Jordan.

To absolutely no one's surprise, exploring the psyche of a grotesque racist isn't really a good time, even if Tommy Lee Jones is involved. But in terms of a straightforward but informataive biopic dressed in a baseball uniform, this one does deliver the goods.

Henry Rowengartner is a 12-year old kid turned ace-starting pitcher for the Chicago Cubs baseball team. This is definitely less realistic than Little Big League but only just barely. As a lifelong fan of the Milwaukee Brewers, there's a twisted enjoyment I get from watching the Cubs resort to trotting out a 6th grader as their best pitcher.

A baseball pitcher really only needs a fastball in order to succeed; similarly, a sports movie really only needs to make you feel good in order to be successful. This is a predictably-syrupy Disney-sports drama with a high floor and a low ceiling -- but it knows what it is and doesn't oversell its hand. Plus, Jon Hamm calling the shots is always a million dollar concept.

Obviously not a traditional baseball movie, but what plays out in the last third of this movie is one of the most climactic things that has ever happened at a ballgame. If you don't know what I'm referring to, it's better if you go and see for yourself. All I'll say is that it involves Reggie Jackson, a bench-clearing brawl, and the expertly delivered comedy from Leslie Nielsen and his innate skill for slapstick comedy and satire.

Not sure what's more improbable -- Bernie Mac coming out of retirement in order to get 3,000 hits as a Milwaukee Brewer or his eventual romantic involvement with the forever-and-always-regal Angela Bassett.

The Disney-ification of the sports movie, in the wake of Remember the Titans, finds a comfort zone that is equal parts boring and completely fulfilling. Dennis Quaid playing a wash-up-pitcher-turned-high-school-chemistry-teacher-oh-wait-he's-making-one-more-run-at-the-big-leagues likeable hero is still effective. I mean c'mon, the formula is a formula for a reason, amirite?

Dramatizing the Black Sox scandal of 1919 must've been something that people were into seeing in 1988, but nowadays seems kind of archaic. Even still, John Sayles handles this gracefully, and I'm into it.

An exercise in black mainstream cinema from the 70's starring Billy Dee Williams, James Earl Jones, and Richard Pryor that doesn't strictly function as a blaxploitation movie. Highly recommend this if you're looking for a baseball movie that investigates the black identity in America's pasttime, while still making room for some great 70's-era jokes.

What's more improbable? A curse from the Great Bambino that prevented a Red Sox World Series victory for 86 seasons? Or Drew Barrymore's drop into centerfield and seemingly impossible sprint to Jimmy Fallon on the 1st base dugout in the middle of an MLB playoff game? Check this out if you like the Dropkick Murphys and a cheesy rom-com set against the backdrop of a baseball movie.

One of the most influential sports comedies of all time is a pioneer of the genre, and therefore, deserves a resepectable spot on this list. It's an inexplicable movie from almost every angle, and yet, it remains a classic.

Maybe the best baseball movie you've never heard of until now. Chronicling the fictional story of Miguel Santos' journey into the major leagues is a true-to-heart retelling of a story that has played out for hundreds of Dominican baseball players over the past few decades. Do yourself a favor and check this out.

It's the oldest film on this list by a mile, but it needs to be on here. It's a lovely tribute to Lou Gehrig, a famous New York Yankee's first baseman who died at age 37 from amyotrophic lateral sclerosis (later known more commonly as "Lou Gehrig's disease"). Starring Gary Cooper as Gehrig, it's an emotional ride and lays the foundation for how to lovingly portray our sports heroes on the silver screen.

The great Roger Ebert said it best: "It’s not so much a sports movie as a movie about those elusive subjects, male bonding and work in America. That the males play baseball and that sport is their work is what makes this the ultimate baseball movie; never before has a movie considered the game from the inside out." Not sure if the praise is overstated because the movie stars Robert de Niro, but hey, I'm not arguing with Ebert.

Directed by Billy Crystal, here is a love letter to the 1961 home run race between Mickey Mantle and Roger Maris, the latter who went on to hit 61 home runs in a season and beat Babe Ruth's longstanding record. It was produced and distributed by HBO, so it's woefully underseen -- and very underrated in general.

Okay, okay, okay. I hear you. Put your pitchforks away and settle down, alright? It pains me to put this outside of the top 10, it really does. But my reasoning is sound -- it's a kid's movie first and a baseball movie second. That being said, Benjamin Franklin "Benny the Jet" Rodriguez is not only one of the best amateur baseball players in movie history, he's an icon Heroes get remembered, legends never die.

Bob Uecker is a national treasure. "Juuuuuuussst a bit too too low on this ranking..."

An all-time great sports movie chill sequence. When Danny Glover sees Joseph Gordon-Levitt waving his arms, turns to Tony Danza and says, "You got an angel with you right now...," and then Randy Edelman's sweeping score fully kicks in -- I challenge you to resist the goosebumps popping up all over your skin.

Another movie with a number as the title, and another movie where Chadwick Boseman plays an exemplary black American and does so with immense pathos and incredible charisma. This time he's playing Jackie Robinson, and he absolutely nails it. This performance might not have made him the biggest star in the world, but it set the table for Black Panther -- which did in fact make him the biggest star in the world.

A Penny Marshall classic starring Geena Davis, Rosie O'Donnell, and Madonna where Tom Hanks is the manager of the Rockford Peaches, an all women's team in the All-American Girls Professional Baseball League. Hell yes, this movie rules.

Directed by Barry Levinson and starring Robert Redford, Glenn Close, Robert Duvall, Kim Basinger, Wilford Brimley, and Michael Madsen, the story of Roy Hobbs and his bat, "Wonderboy," is considered one of the best sports movies of all time. This is heaping dose of melodrama and the investigation into American myth-making, but really, it's here because Hobbs winning the pennat on a walk-off home run that breaks the right field outfield lights is iconic stuff.

The Empire (of Nonfiction) Strikes Back! This 18.5 hour runtime is a beast and is probably the most comprehensive recap of America's pasttime ever made. Seriously, does has this guy ever taken a day off in his life?

This is a collegiate version of The Sandlot crossed with Dazed and Confused, which should not much of a surpise considering its directed by the great Richard Linklater. Now I immediately turned around and broke the rule I established in ranking The Sandlot outside of the Top 10 on this list, and while this is a baseball movie second, it's a college movie first and I'm boosting it accordingly! Can you be nostalgic for an era that you never experienced firsthand? If the answer is yes, then I can understand why I love this movie.

Kevin Costner headlines two of the top three spots on this list (and a three in the top 30 if I'm being thorough here) -- he is without a doubt the signature baseball-playing actor. Of all the movies on this list (save for maybe one), this is perhaps the best representation of baseball for baseball purists on film (save for maybe one); and on top of that, it's a snappy romantic comedy built on the undeniable chemistry of its two leads, Costner and Susan Sarandon. If you haven't seen this before, do yourself a favor and check this one out.

An immersive deep-dive into the inner workings of the modernization of baseball as a competitive sport and business sounds boring -- but let me tell ya, this is a great movie! It's brilliantly put together -- the script, the score, the direction (shout-out to Bennett Miller), and the acting are all first class. Brad Pitt delivered one of his career-best performances and perfectly calibrates his persona to match that of Billy Beane. Aaron Sorkin knows how to write a workplace drama, and he clearly is romantic about baseball, too. 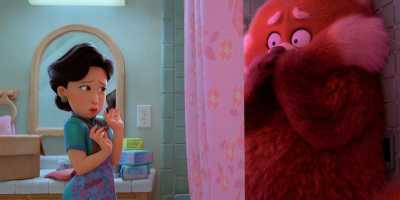 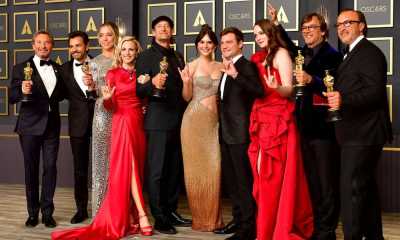 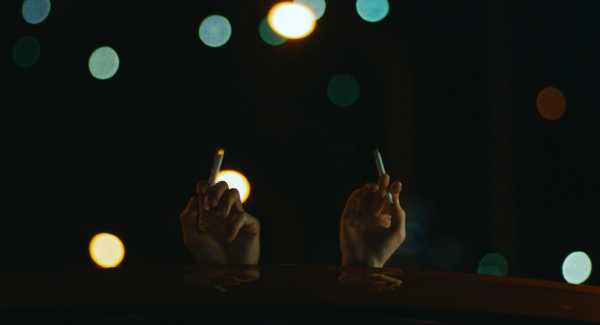